A paper by Cheryll Adams

A paper by Cheryll Adams on the History of Health Visiting

The year 2012 is an important one: the Queen is celebrating her Diamond Jubilee, the Olympics have been held in London, and – of great importance to the profession – it is 150 years since the first health visitor was employed in Salford, England. While health visiting has enjoyed a higher profile than normal this year, due to this government’s investment in the profession, how much is actually known of its history?

Nursing has always considered Florence Nightingale to be the mother of its profession, but few know that she was also responsible for the first programme of education for health visitors, and for promoting its spread. Indeed, in 1892 she wrote of the importance of health visiting in rural, as well as urban, areas, pointing out the sad fact that “there are more people to pick us up when we fall, than to enable us to stand upon our feet.”¹

Unlike many today, Nightingale made a clear distinction between the work of the health visitor and the work of a nurse. In 1891 she wrote in a letter to Mr Frederick Verney,² “It seems hardly necessary to contrast sick nursing with this [health visiting]. The needs of home health require different, but not lower, qualifications and are more varied. She [the health visitor] must create a new work and a new profession for women.”

The Royal Sanitary Institute (now Royal Society of Public Health) began overseeing qualifying courses for health visitors in 1916, with the first statutory qualification for health visiting established by the Ministry of Health in 1919.  Nursing Notes³ report that the training was divided equally between theoretical and practical training. It was proposed to include:

From 1925 the Ministry of Health took over responsibility for training health visitors, and a midwifery qualification became a requirement before entering training. It was only after 1945 that nursing registration became necessary in order to practise as a health visitor.

So, where did this profession come from and who were its forebearers, if they weren’t nurses?

The profession arose in response to the often appallingly cramped living conditions, poor sanitation and inevitable high rates of infant mortality experienced by families in the nineteenth century. Although the first formal appointment of a sanitary or health visitor by a local authority public health department took place in 1862, prior to that women were working in similar roles, to promote healthier lifestyles and counteract the high rates of infant mortality, but often in a voluntary capacity.

For example, many years ago, when visiting a Lancashire mill, I was interested to learn that during the nineteenth century the mill owner had employed women to visit families in their homes, to teach them about sanitation and nutrition. These women were forerunners of the modern health visitor. While infant mortality was as high as 150 deaths in every 1000 live births in the mid-nineteenth century, it is reported to have been as high as 50% in some mills.

This owner, probably unusual for the times, also built new houses for his workers to improve their living conditions. He clearly understood that good health was closely related to the economic output in his factory. Similarly, the government of today links health in infancy to increased economic output and reduced NHS expenditure later – but at a national level.

The first health visitors employed by a local authority developed from the role of ladies’ sanitary inspector and were known as ‘sanitary visitors’. These workers’ roles, like that of health visitors today, was primarily to promote health and to provide health education, working at the level of the infant, their family and the community – thus forming a clear distinction from nursing. This remains similar today.

The role of the health visitor has evolved over the past 150 years, in response to the key priorities for health promotion. A century and a half ago, improving sanitation and reducing infectious disease was the priority; today it is addressing the antecedents of chronic disease, particularly mental health. Dingwall (4) reports that in 1918 the target was for one health visitor to every 400 births, but by 1934 this had been reduced to one health visitor for every 250 births. Interestingly, today the increase in health visitors is designed to address a rise in caseloads, where some areas have in excess of five hundred births for each health visitor. The Community Practitioner and Health Visitors’ Association (CPHVA) advises that the optimum ratio is 1:250, as in 1934. (5)

Slowly, the early model for the first health visitors was adopted by other authorities, and the name evolved from ‘sanitary visitors’ to the name we use today. By 1905, paid health visitors were employed in around 50 towns. Core to their work was the promotion of public health and prevention of ill-health, however an early association with sanitation remains core to this day.   Some mothers still think that the health visitor is there to check their home, rather than to focus on promoting the family’s health, which, in most instances, is the reality. Health visiting became a universal statutory service in 1929, through the Local Government Act, and health visitors were employed by local government until 1974, when their employment moved to the NHS.  The four contemporary principles of health visiting were first published in 1977. (6)  Although they have been revisited several times since, (7) they continue to underpin health visiting training and practice. They are:

Today, health visiting remains a public health preventative role, focused on improving health and reducing inequalities. Great Britain’s invention is copied in many countries around the world, with one of its unique aspects remaining that the health visitor visits the family in their home and their own community.

It is also unique that the health visitor is trained to work with the family on conditions which may be influencing their health, both in their built and community environments, as well as in their immediate home environment. In some countries, such as Pakistan, the work of health visitors today is probably not dissimilar to that of ours in the nineteenth century – the priority for their ‘lady health visitors’ being to improve sanitation, as well as reducing infant mortality in at-risk communities through home visiting. (8)

Probably because of the types of people who have traditionally been employed as health visitors – confident individuals, not afraid to challenge the status quo, to visit any home, and to take on difficult tasks – in the early part of the twentieth century, health visitors became involved with the women’s suffrage movement.  Indeed, this connection can be seen to the present day in the colours of the CPHVA’s logo: mauve and green.

The development of infant welfare clinics – the predecessors of child health clinics – started early in the last century, when health visiting became a statutory provision, with all mothers becoming entitled to a home visit in the first month of their infant’s life.

The diary of Chanty Brown (unpublished), the first health visitor appointed by Hackney Council in 1913, records her client contact. What is significant is the amount of detail in relation to the family circumstances. She records not only the welfare of the baby, but also the health and occupation of the father, the health and housekeeping ability of the mother, e.g. ‘strong and thrifty’, the quality of the infant’s clothing, how it is feeding, where it sleeps, dummy use, and the home conditions. She also makes a final remark, which is in fact her assessment of the contact. These include in one instance a statement: “Baby very small and poor-looking. Mother is careful, but very ill-looking. Home not quite satisfactory.”

This entry is followed up by (presumably a later entry) in red: “Baby in much better condition, also mother.” With respect to the home she had recorded that there were “Four rooms, fairly clean, no sanitary complaints.” Very unusually for today, the father in that home was recorded as being an “Ostrich feather dyer” – with good health, but poor wages apparently! Clearly the contribution of a health visitor to families such as those visited by Chanty Brown could bring real health benefits in the early twentieth century, but any intervention she made is not recorded.

While the initial focus of the health visitor was on young families and their living conditions, in the 1950s, with the publication of the Jamison report in 1956, the recommendation was that the health visitor should provide services from cradle to grave, with a focus on social and emotional, as well as physical health. Health visitors started to not only work with the very young and families, but also to work with schools and with the elderly and chronically ill.

In the past ten years it has been acknowledged that such diversity was affecting the potential quality of health visitor interventions in young families – especially with ever-rising caseloads of infants held by many health visitors. The latest guidance places health visitors’ focus back onto families with pre-school children, and communities. However, with so much talk of increasing health visitor numbers, some are suggesting that the role may need to be extended back to promoting the health of the elderly in the future.

The development of health visiting has also seen the evolution of the role, from predominantly one-to-one work, to working with groups and teaching. By 1969 a review of health visiting in Herefordshire (9) found that of 157 health visitors, 29% were involved in teaching in schools, 40% in antenatal classes and 24% in running parent and mothers clubs. The last 30 years have also seen a growth in specialist health visitors, working with specific vulnerable groups, such as the homeless, gypsies, travellers and prisoners who are also parents of young children. Many health visitors develop very high levels of expertise in these specialist areas, and have become national resources for government and others wanting to conduct research, or develop local health intervention programmes.  As the health visitor role has developed over the last century and a half, the profession has frequently felt in a sense of flux – sometimes more vulnerable to politically-influenced structural change, than sensitive to health need. Baldwin (10) and Billingham (11) have both written of the changing professional identity of the health visitor, and the profession’s relationship with nursing and public health.

If they are to maximise potential impact in the future, it is important that health visitors now strengthen their own identity – both with the public and with politicians. One way of doing so would be to improve the professional research base, but another is to ensure that their voice is heard. The current government is striving to strengthen health visitor’s leadership in communities, (12) but the profession itself must do so nationally and raise its profile by demonstrating what it can achieve, to ensure it attracts ongoing investment.

6.    Council for the Education and Training of Health Visitors. An investigation into the principles of health visiting. London: CETHV; 1977. 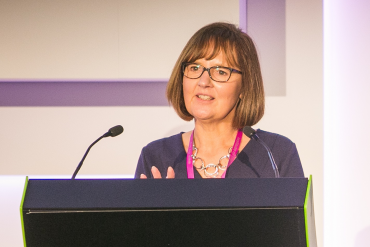 VOICES
“Making History: health visiting during COVID-19”: spotlighting the vital “safety net” that health visitors have provided for babies and young children during the current pandemic.