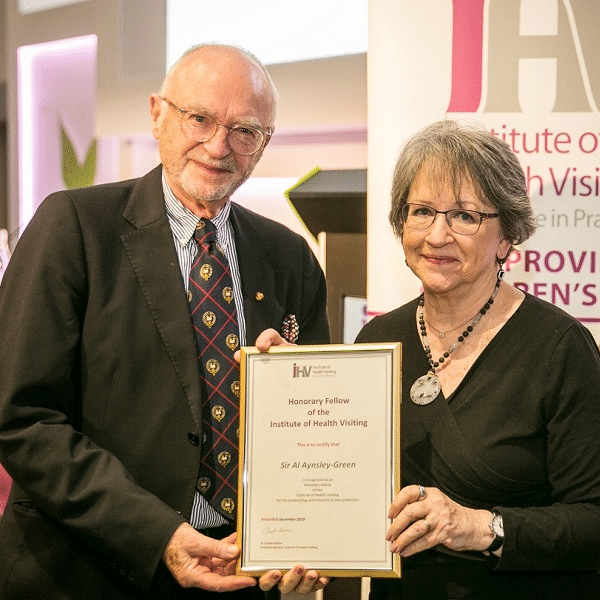 Sir Albert Aynsley-Green received his honorary Fellowship of the Institute of Health Visiting at the iHV’s seventh annual celebration event held in London on Tuesday 3 December 2019.  His honorary Fellowship is awarded in recognition for his significant continued advocacy for children and particularly the lives of vulnerable children.

Sir Albert Aynsley-Green is a paediatric endocrinologist and Professor Emeritus of Child Health at University College London. He was appointed as the first Children’s Commissioner for England in 2005 and was knighted by the Queen in 2006 in recognition of his outstanding contribution to the education and health of children. More recently Sir Al has served as President of the BMA and he is currently visiting professor of advocacy for children and childhood at Nottingham Trent University. He is also author of ‘The British Betrayal of Childhood’.