On #RareDiseaseDay (28 February), we share this update from the Childhood Eye Cancer Trust (CHECT) on the key role of health visitors in children’s eye health. 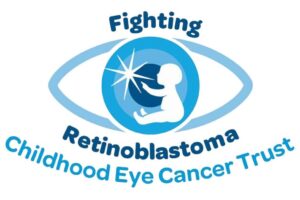 According to CHECT’s survey carried out for Rare Disease Day 2022, over twice as many parents said their health visitor had prompted them to get their child’s eyes checked during this last year than in 2020 (13% up from 6%). Health visitors were more influential in this than any other factor, including other healthcare professionals and social prompts.

Parents were also more likely to ask their health visitor to check their child’s eyes than any other healthcare professional:

The survey was carried out for Rare Disease Day 2022 on behalf of UK charity the Childhood Eye Cancer Trust (CHECT), which supports families of babies and children diagnosed with the rare childhood eye cancer retinoblastoma (Rb).

Retinoblastoma is a rare and aggressive form of eye cancer that affects babies and young children, mainly under the age of six. Around 40-50 cases are diagnosed a year in the UK – or one child a week. It represents 3% of all childhood cancers and 10% of cancers in babies under the age of one in the UK.

“Retinoblastoma is a rare, aggressive eye cancer which affects babies and children under the age of six. We know health visitors are an incredibly important resource for parents with children this age, and these figures show what a key role they play in children’s eye health. We encourage all health visitors to familiarise themselves with the signs and symptoms of retinoblastoma so that they can recognise and refer on appropriately any potential causes for concern. Over 98% of children diagnosed with Rb will survive, but more than half will lose an eye in order to save their life, so urgent referral and early diagnosis is vital to save a child’s sight, eyes and life.”

The main presenting symptoms of children diagnosed with Rb in the UK between 2012 and 2020**, were:

One child a week in the UK is diagnosed with retinoblastoma.

Got to CHECT's website for more information for health visitors

More parents than ever asking health visitors for eye checks

As part of World Retinoblastoma Awareness Week 2019 (12-18 May), the Childhood Eye Cancer Trust (CHECT) is asking health visitors to familiarise themselves with the main signs and symptoms of retinoblastoma (Rb), and the correct referral procedure, in order to aid quick diagnosis of the condition. 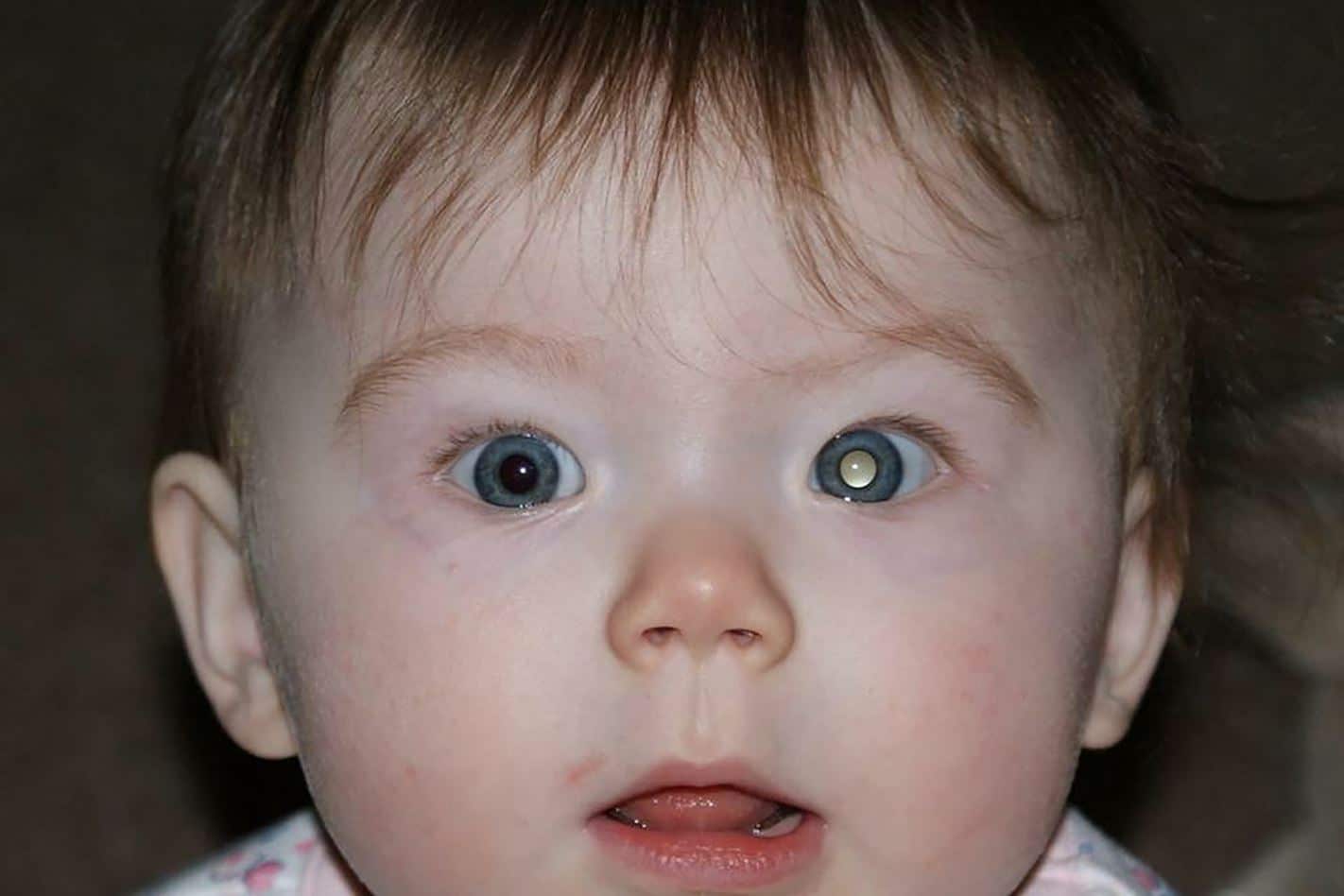 According to a survey carried out on behalf of CHECT, 35% of parents of children aged 0-6 have asked their health visitor to check their child’s eyes, compared to 29% in 2014 – over a quarter (26%) say their child’s eye health is one of their greatest concerns.

“Retinoblastoma is a rare, aggressive eye cancer which affects babies and children under the age of six. We know health visitors are a key source of information and support for parents of this age group, so we are asking them to take five minutes this World Retinoblastoma Awareness Week to familiarise themselves with the most common signs and symptoms of Rb. Over 90% of children diagnosed with Rb will survive, but more than half will lose an eye in order to save their life, so urgent referral and early diagnosis is vital to save a child’s sight, eyes and life.”

The main signs of retinoblastoma are:

Rarely, retinoblastoma may present as a red, sore or swollen eye without other signs of infection such as discharge. Any of these signs in isolation can indicate retinoblastoma. Around one child a week in the UK is diagnosed with retinoblastoma.

For more information go to https://chect.org.uk/resources-2/hv/

Squint can be a symptom of eye cancer in children, charity warns

Two out of three parents aren’t aware that a squint or lazy eye can be a symptom of an aggressive eye cancer in children, according to a new survey.

In a poll of more than 1,000 parents, only 35 per cent identified a squint as one of the signs of retinoblastoma (Rb), a form of cancer that affects babies and children aged under six.

A squint, or turn in the eye as it is also known, is where the eyes point in different directions. It is the second most common symptom of Rb, after a white glow in a child’s eye. Last year nearly 40 per cent of children diagnosed with Rb had a squint.

To mark World Retinoblastoma Awareness Week (13-19 May), the Childhood Eye Cancer Trust is urging health visitors to advise parents to get their child checked out if they have a squint.

Patrick Tonks, Chief Executive of the Childhood Eye Cancer Trust, said: “Around one child a week is diagnosed with retinoblastoma in the UK, or 50 a year, so it’s very rare and there is no reason for parents to be alarmed. In most cases a squint is completely harmless.

“However we urge health visitors to advise parents to have their child examined by a GP or optician if they have a squint – or if they have any other concerns about their child’s eyes – just to rule out anything serious.”

Over 90 per cent of children diagnosed with Rb will survive but more than half will lose an eye in order to stop the cancer spreading. It is a very fast growing cancer, so early diagnosis is vital to save a child’s eyes, sight and life.

The survey, commissioned by the Childhood Eye Cancer Trust and carried out by MMR Research last month, also found that 66 per cent of parents with children aged six or under had never had their eyes checked and 51 per cent had never heard of Rb.

Patrick added: “Rb can be very difficult to detect because children often seem perfectly well and many healthcare professionals and parents have never heard of it. This week is World Retinoblastoma Awareness Week and we are urging all health visitors to be aware of the symptoms and to advise parents to have their child checked out if there are any concerns at all.”

The main signs of retinoblastoma are:

Rarely, retinoblastoma may present as a red, sore or swollen eye without other signs of infection such as discharge. Any of these signs in isolation can indicate retinoblastoma.

“We couldn’t believe she had cancer – she seemed so healthy”

Harley Shevill was 10 months old when she was diagnosed with Rb in both her eyes. Just weeks later she had her right eye removed to save her life. Since her diagnosis, in March last year, she has also bravely endured:

The only sign that anything was wrong with Harley before she was diagnosed was a white glow her eyes, seen in dim lighting and in photos when a flash had been used, and a squint.

Her mum Coral Baxter, 25, from Motherwell, North Lanarkshire, said: “When Harley was about six months old we noticed a white reflection in her eyes in certain lighting, but we never really thought anything of it. Then she developed a turn in her eye so we took her to get checked out but were told there was nothing to worry about.

“I googled her symptoms and some information about retinoblastoma came up but I thought it couldn’t be anything that serious as she was so healthy and well.”

A few weeks later, when Harley’s squint hadn’t gone, Coral made another appointment at the GP but cancelled it because she thought she was being paranoid. Then her mum was watching the news on television about a little boy from Scotland who had been diagnosed with Rb, and she called Coral and told her to watch it.

Coral said: “As soon as I saw it, I made another appointment. This time the GP said he would refer us and it would take six weeks. But we pushed for her to be seen sooner and we managed to get an appointment at the eye department of the local hospital that day.

“They told us it could be cancer and referred us the Royal London Hospital, one of two specialist centres for Rb in the UK. A week later we were in London being given the news we had dreaded – Harley had Rb. We knew that day that she was going to lose an eye.”

Coral added: “When she was diagnosed I was totally heartbroken, I thought ‘I’m supposed to look after and protect her, I’m her mum’. I didn’t know how we were going to get through it. But in the end it was Harley who got us through it. She was absolutely amazing.”

Harley, who celebrated her second birthday in April, has to have check ups under anaesthetic every six weeks but she’s doing well and is now making up for the time she lost during treatment. She has just started walking, and loves singing and dancing to musicals.

Coral said: “I have made Harley a scrapbook and a list of all the treatments she has been through so I can show her when she is older what she has survived and how brave she is.”

Harley’s dad Graeme Shevill, 26, added: “Having cancer has never held Harley back. She’s been the exact same girl throughout it all. She was brilliant on the day of the surgery to remove her eye and during all of the treatment she has had since. She has made the whole experience much easier than it should have been for us and she is a true inspiration.”

(available to iHV members only)

Authored by Petra Maxwell, Childhood Eye Cancer Trust, these Good Practive Points provide information on the signs and symptoms of Retinoblastoma and what to look for.

Retinoblastoma (Rb) is a rare cancer of the eye which presents in babies and young children mainly up to the age of five, the majority of whom will have at least one eye removed to save their lives.

As health visitors play such an important role in the early stages of a child’s life, it is crucial that you are aware of the signs and symptoms of Retinoblastoma (Rb). Your actions can help to ensure a swift referral pathway for suspected cases.

Please note that GPPs are available to iHV members only.