This powerful new animated film from BAFTA award-winning director,  Emma Lazenby, features the raw testimony of a mother and father who are on the For Baby’s Sake programme, which works with the whole family to deal with the trauma and complex needs that are so often unaddressed for the parents, breaking the cycle and giving babies born into dysfunctional and abusive relationships a much more positive start in life.

“This was one of the most moving and positive events I have recently attended, demonstrating as it did the courage of young parents to address the impact of generations of trauma for their benefit of the new infant they have created together.  Health visitors will be interested to watch the film and delighted to know that there is a new programme which can make a difference in these circumstances.  I strongly advise health visitors to watch the film when it is available”

The film was launched today at a virtual event, supported by a discussion on new approaches to tackling domestic violence, with speakers including Nicole Jacobs, Domestic Abuse Commissioner, and Frank Mullane, CEO of Advocacy After Fatal Domestic Abuse (AAFDA) and the newly appointed first ambassador for the For Baby’s Sake programme.

The For Baby’s Sake Trust (formerly the Stefanou Foundation) is calling on government, local authorities and charities to look at what new approaches can be taken to break the cycle of domestic abuse, such as the whole-family approach of the pioneering For Baby’s Sake programme which seeks to address the trauma that often sits at the heart of the issue.

As a significant signal of radical change, the Trust wants to see the recent amendment to the Domestic Abuse Bill currently in Parliament, which recognises children as victims in their own right, to be amended further so it is explicit in covering babies, including those still in the womb. Otherwise, those babies risk being overlooked, despite domestic abuse being particularly harmful to them and often starting in pregnancy.

The Institute is delighted to see the launch of the independent evaluation report for the For Baby’s Sake initiative, launched by the Stefanou Foundation in 2015. It is a ground-breaking programme for expectant parents who want to break the cycle of domestic abuse and give their baby the best start in life.

“For Baby’s Sake has the power to help to prevent a second pandemic of domestic abuse and poor infant and parental mental health. It has never been more important.” 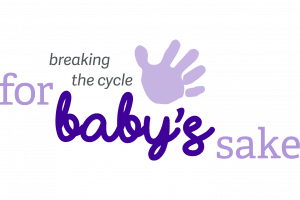 The evaluation was led by King’s College London and included academics from University of Warwick, University of Cambridge, University of Central Lancashire and McMaster University, Canada.  The academic team evaluated the feasibility, acceptability and impact of For Baby’s Sake in two prototype sites in Hertfordshire and the London boroughs of Westminster, Kensington & Chelsea, and Hammersmith & Fulham from 2015 – 2019.

The report describes For Baby’s Sake as the first of its kind to ‘fill an important gap in provision’ through ‘its unique approach’ and highlights the positive feedback from mothers and fathers engaging in the programme, as well as the For Baby’s Sake practitioners and professionals from partner agencies.

Learning from health visiting supported the design of For Baby’s Sake, and partnership working between For Baby’s Sake practitioners and heath visitors is an important element of how the programme is delivered.  The For Baby’s Sake team shared their learning from this initiative as part of the expert group who helped to create the Institute of Health Visiting’s new resources on responding to domestic violence and abuse.

Innovative features of For Baby’s Sake include:

A summary of the evaluation report is available by clicking here and the full report can be accessed at www.forbabyssake.org.uk