Today’s welcomed debate in Westminster Hall on the “Provision of healthcare support services in the period between conception and age two”, brought together a united voice of support for investment in the earliest years of life which crossed usual party divisions, based on the indisputable evidence that the first 1,001 days are the most crucial period of human development.

In her opening remarks, Rt Hon Andrea Leadsom MP explained the importance of today’s debate which “Takes place against the backdrop of such a disruptive and damaging year. This year, as ever, it is the very youngest, the very oldest and the most vulnerable in our society who suffer when times are tough.” The vital role of health visitors and their leadership for prevention and early intervention were mentioned on many occasions throughout the debate. Special tribute was paid to Cheryll Adams and the work of the Institute of Health Visiting in championing both of these causes. 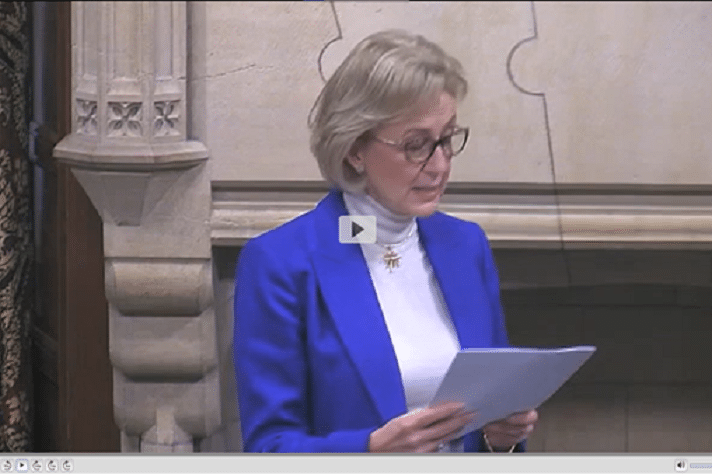 During the debate, Members from across the House brought challenge to the Government with a consensus that cutting the public health grant was the falsest of false economies during times of austerity. The short-sightedness of these measures were summed up in the question, “I’m not sure what the Government thought they were going to save?” and with a wealth of evidence shared on the spiralling costs of late intervention to the whole of society.

In her response, the Minister Jo Churchill MP spoke publicly about the crucial role of health visitors, and midwives stating:

“a good health visitor can change a life, when it comes to moving on. An excellent midwife changed my journey, when I was struggling to feed my children for the first 10 days. Everyone says that those things are easy, but there is nothing easy about it, but after managing to get support people, hopefully, really feel they can fly. That is why it is vital”.

The Minister concluded her remarks by reiterating the Government’s commitment to the principle that:

“Prevention is better than cure. We want to identify and treat problems from the earliest stage and help parents to care for their children, change and improve behaviours, and protect against preventable diseases. We know that if parents and babies are well supported in the vital period from conception to age two, they are set up for a lifetime of better mental and physical health.”

At the Institute of Health Visiting, we would like to extend our sincere thanks to all the Parliamentarians who are championing the cause of babies and young children, and the health visiting service intended to provide a vital “safety-net” for all children. We particularly thank Rt Hon Andrea Leadsom MP for calling the debate and Tim Loughton MP who was bestowed a new honorary title today as the “Member for health visiting” – we thank them both for their tireless support.

It does feel like the tide is turning for babies and young children – we now await with renewed optimism the outcome of the Early Years Healthy Development review when it reports its findings and action from the Government to make the recommendations a reality.

Watch and listen to the debate here via Parliament TV

The Institute of Health Visiting very much welcomes the Health & Social Care Committee’s visionary report on the First 1000 Days of life – which calls for cross-government action to improve support and services for children and families in England and to reduce health inequalities in childhood through a range of actions.

“We know every health visitor will join us in being delighted that the Health & Social Care Committee’s six principles reflect our own health visiting priorities for offering effective early years services for every infant and reducing health inequalities.

“We particularly support the H&S Committee’s call for the Government to produce a long-term cross-government strategy for the first 1000 days of life to give every child the best start in life supported by joint NHS/Local Authority joint commissioning. We believe the vision could realistically be enhanced by adding an objective of reducing the number of children requiring referral to mental health services, something not unrealistic if the recommendations are implemented, and this would quickly demonstrate an economic benefit to the NHS from doing so.

“We also warmly welcome the report’s call for the Healthy Child Programme (HCP) to be revised, strengthened and given more importance in policy. We are pleased that an extra mandated contact at 3-3½ years by a health visitor is recommended to extend the current reach of the HCP and we continue to recommend there should also be an extra contact (home visit) at 3-4 months, and for these mandated contacts be seen as the minimum and to all be done by a health visitor.

“The report helpfully endorses most families’ desire to have continuity of care with a named midwife and health visitor and we welcome the call for strengthened links between obstetricians, midwives, health visitors and primary care services – this is so fundamental alongside continuity of care. Health visitors, who are often trained to master’s level are well placed to build relationships with families and identify those at risk of poor outcomes who would benefit most from targeted interventions. We fully support the strengthening of early identification of families’ needs during pregnancy, with provision available at all levels (universal, targeted and specialist). Movement between levels of intervention needs to be fluid as needs may change over time; some families only require short-term additional support whilst others require much longer-term input involving a range of partners, as so importantly stated in the report.

“The Committee’s recommendation that the Government uses the forthcoming Spending Review to focus public health funding towards early intervention for children and families is essential. This will also reduce future expenditure in later life for children requiring high levels of support which is the unfortunate cost from not acting early.

“We look forward to seeing how this report is accepted by the Government and hope that its recommendations could receive early endorsement if the ‘Prevention’ green paper takes a pathway approach from pregnancy to old age. We further hope that, if it attracts additional validation by the Taskforce led by Andrea Leadsom MP, its recommendations and framework for action can quickly be implemented, offering an early years building block to the Government’s new prevention strategy and creating some parity in the quality of early years services for infants across the UK.”

iHV's written submission to the First 1000 Days of Life inquiry

iHV's oral evidence to the First 1000 Days of Life inquiry

Submissions wanted on the first 1000 days of life

“This inquiry into the first 1000 days of life is an opportunity for health visitors to feed in their views of what needs to change to support infants during the period from pregnancy to age two.  Local evidence of good practice would be particularly helpful during these difficult times for the profession.”

The Committee would like to receive written submissions on the following questions:

2. Current spending and barriers to investment

In addition to the open call for evidence above, the Health and Social Care Committee would also like to invite local councils and Clinical Commissioning Groups (CCGs) to supply evidence on what provision looks like for the first 1000 days across the country, along with the factors that have influenced the current landscape of provision.

For more information on the inquiry and how to submit evidence, please go to the inquiry webpage
Sign up for our e-newsletter
Join the conversation