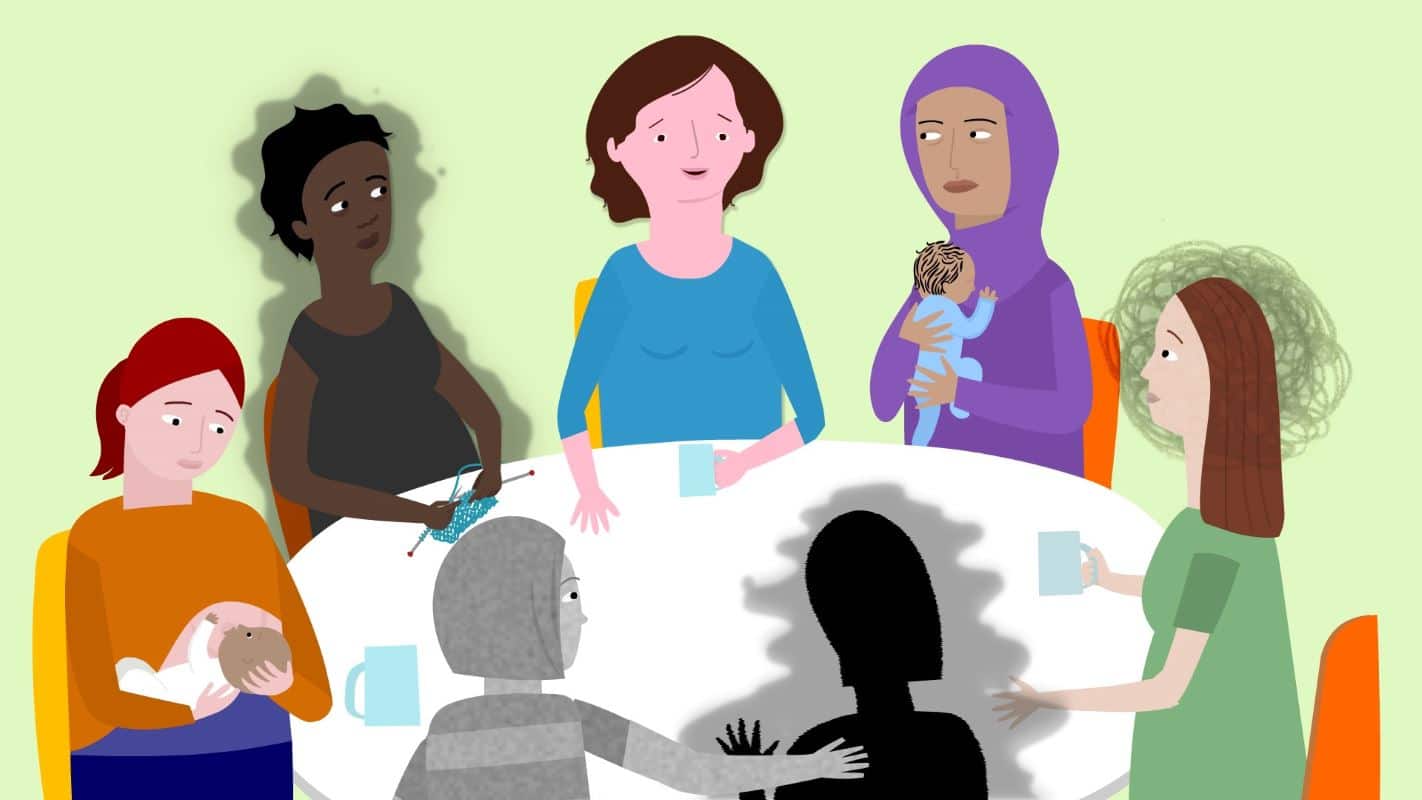 Health Visitors are uniquely placed to speak at length to parents and parents-to-be at one of the happiest, and, most stressful times of their lives. But what do you do when you make a new birth visit and find both the mother and father in tears? Or a mother has disclosed that she ‘just doesn’t feel right’ and cannot cope?

I’m a film-maker, creating animated films about health and medical issues. In 2010, I won a BAFTA for my film ‘Mother of Many’ (based on the work of my own mother, a midwife in West Yorkshire). While interviewing people for that film, I heard a lot about the loss of identity and difficulties that people had when starting a family. This set the seed of an idea for a new project, Perinatal Positivity, an animated film to help families-to-be mentally prepare for having a child.

In 2014, I met Rachel Liebling (Consultant Obstetrician at St Michael’s Hospital, Bristol) at my local pool. Rachel’s been involved in trying to improve services for pregnant women with mental health problems for many years and we wondered if we could work together? Rachel and I initially set up a workshop, with the help of local charity Bluebell Care, to find out what had helped people with experience of perinatal mental health issues find positive ways forward. This resulted in the Perinatal Positivity manifesto designed and printed by participants (available to download and print on our website). 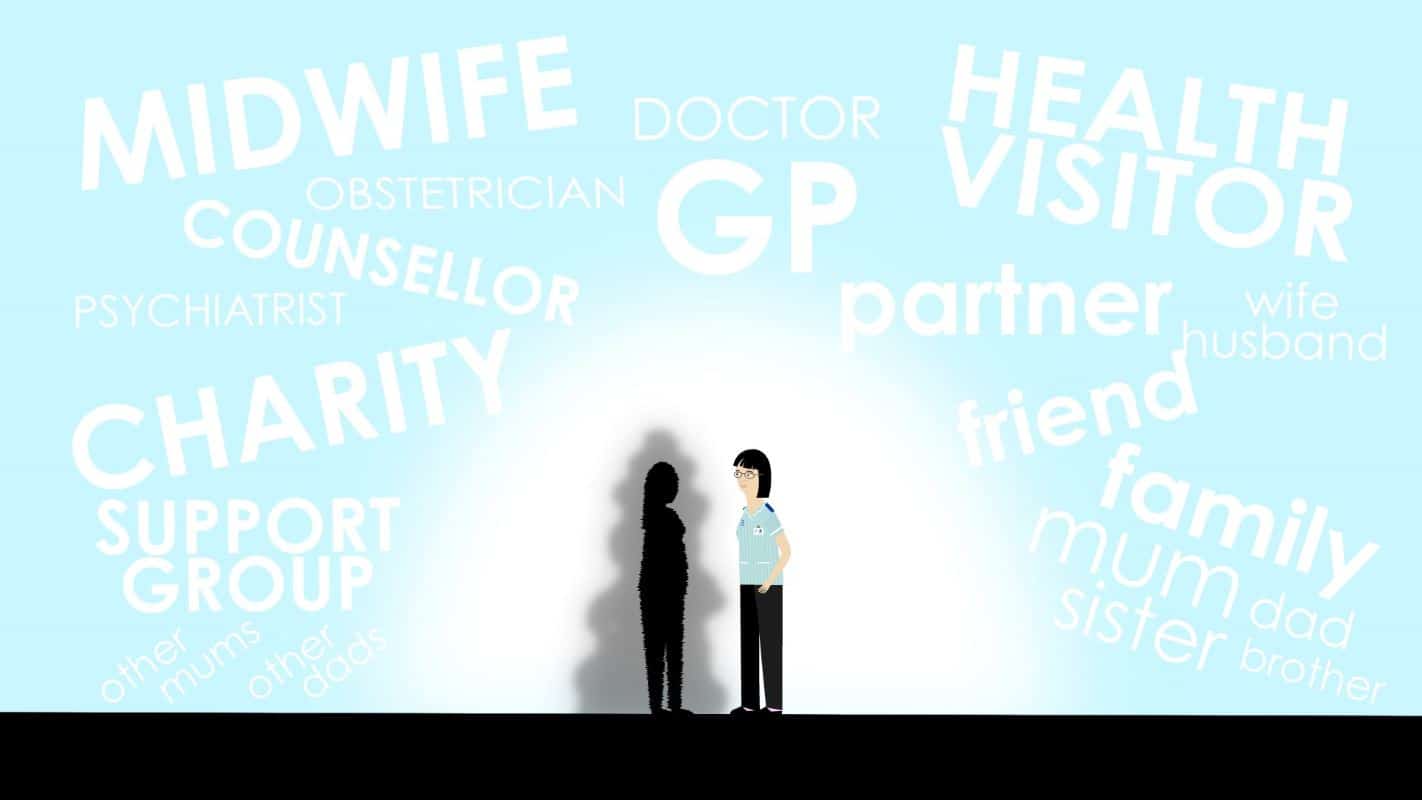 Soon afterwards, a fortuitous meeting with Health Visitor Barbara Jayson (now one of the film’s Executive Producers) meant that I also had someone with in-depth knowledge of health visiting to advise on the film. Barbara felt that health visitors like herself were crucial in being able to discuss mental wellbeing during antenatal and postnatal visits with new parents, and that a film would help support this. Specialist Midwife Louise Nunn and Consultant Obstetrician Louise Page also joined the team to further advise and guide.

I’m always keen to use real voices and experiences in my films. Animating films means that I can use audio interviews whilst protecting people’s anonymity. Nine people agreed to be interviewed and six of these were used in the final film.

As well as touching on what it might feel like to have mental health problems as a new or expectant parent, we wanted to make a positive film with ideas for self-care. When interviewed, people were open and honest about their experiences and many spoke about particular things that had helped them. We were able to include these in the film alongside information about professional support. 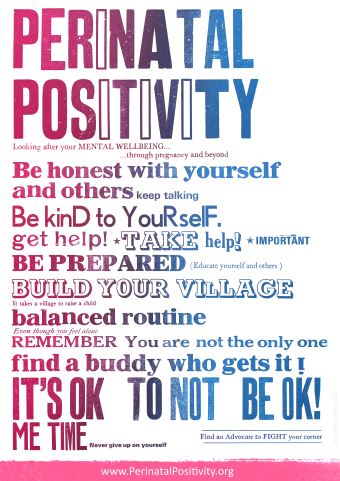 According to NHS England, 43–61% of adults (aged 18–65) do not have adequate literacy and/or numeracy skills to understand health information. I hope that my films make health information more accessible because they don’t require good literacy and are engaging to watch and share. We plan to translate Perinatal Positivity into other languages commonly spoken in the UK to extend its reach.

See the film below:

I’d love the film to be seen by all parents-to-be and hope it will be a useful resource for health professionals. You can show Perinatal Positivity to parents on a phone or tablets during visits, or text/email them the website address (www.perinatalpositivity.org). You can also ask your NHS Trust to embed it on their website as well as sharing it with colleagues in training and staff meetings.

At the time of writing (20/9/18), three NHS Trusts and one New Zealand health team have embedded the film on their websites. It’s been watched by almost 5,000 people already (only a few weeks after launch).

The film is funded and supported by: