July is Strep B Awareness Month

To support awareness of Strep B Awareness Month, we are delighted to share a Voices blog by Jane Plumb MBE, Chief Executive of Group B Strep Support. 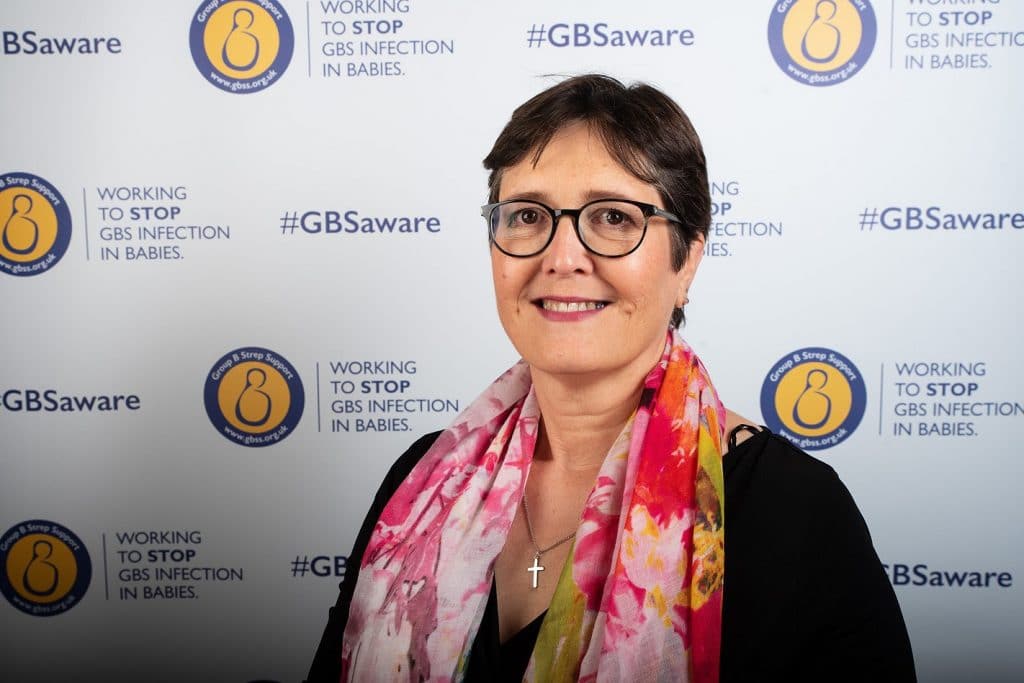 While the focus of raising awareness of Strep B is so often aimed at expectant parents and their health professionals, it’s important to recognise that approximately a third of the babies who develop these infections in the UK are between 7 days old and 3 months old1.

Group B Streptococcus (Streptococcus agalactiae, group B Strep, Strep B of GBS) is a common bacterium which lives normally and naturally in humans, animals and fish. In approximately one in every five humans, it lives in the lower intestines and, in women, the vagina usually causing no harm to the carrier.

However, although not common, GBS can and does cause serious infections, mostly in babies in their first week of life, less often in babies aged 7-90 days, the elderly, peripartum women and the immunocompromised. These infections are typically sepsis, pneumonia, meningitis, and focal infections.

Most GBS infections in newborn babies (early-onset GBS infections that develop in the first 6 days of life) can be prevented, giving women with risk factors intrapartum antimicrobial prophylaxis (IAP). IAP has been shown to be highly effective against early-onset GBS (EOGBS) infection when given to women who are carrying the bacteria2. The key risk factors that the Royal College of Obstetricians & Gynaecologists3 (RCOG) recommends should prompt the offer of IAP are:

A woman who carried GBS in a previous pregnancy and where the baby was well should be offered the option of either having the IAP, or having a GBS-specific test and, if the result is positive, of having IAP. Although prolonged rupture of membranes is recognised as a risk factor, it does not prompt the offer of IAP unless the mother is also known to be carrying GBS.

Approximately one third of GBS infections in babies presents between age 7 days and 3 months (late-onset GBS infection), with the median age at presentation of 23 days1.

Sadly, there are no known ways, at present, of preventing late-onset GBS infection. One day there will be a vaccine, but this is still being developed.

It is important that both health visitors and the families in their care are knowledgeable about group B Strep, particularly about which risk factors should prompt action and what are the key signs of GBS infection in babies that should prompt a medical review of the baby.

For pregnant women and new parents, charity Group B Strep Support (GBSS) has co-written a leaflet with RCOG which is recommended to be given to all women during pregnancy. However, this only covers pregnancy and early-onset GBS infection. A summary of the key signs of early- and late-onset GBS infections is available from the charity at https://gbss.org.uk/professional-resources/free-resources/, together with other free resources aimed at health professionals and the families in their care.

A ground-breaking randomised-control trial, GBS3 trial4, was announced last year to compare the effectiveness of the UK’s current risk-factor approach to preventing early-onset group B Strep infections with testing all women for group B Strep carriage, either at 35-37 weeks of pregnancy or at the start of labour.

Funded by NIHR, the research arm of the NHS, the £2.8m trial will involve 80 hospitals in England, Wales and Scotland and the results will inform future group B Strep prevention policy in the UK. The trial is currently paused due to the coronavirus pandemic.

Charity Group B Strep Support (GBSS) and the Royal College of Midwives (RCM) have produced an evidence-based i-learn module on group B Strep that is available free of charge to RCM members. Ideally, all midwives will take the training to increase awareness and understanding of Strep B infection in babies, and how to prevent it.

This is an important module – for too long, midwives and student midwives have not had good training available to them on group B Strep, which has caused confusion. The new module not only provides detailed information about the UK’s national GBS prevention guidelines, it also provides background information, shares what the future may hold and busts some particularly persistent myths about group B Strep.

Find out more at https://gbss.org.uk/latest-news/new-online-learning-module-for-rcm-members/

Strep B Awareness month is a time to increase knowledge and awareness of a bacterial infection which, in most cases, can be prevented. Do visit GBSS’s website for more information, and to download information materials designed for families and their health professionals. www.gbss.org.uk.