To support Group B Strep Awareness Month 2022, we are delighted to share a Voices blog by Jane Plumb MBE FRCOG FRSA, Chief Executive of Group B Strep Support. 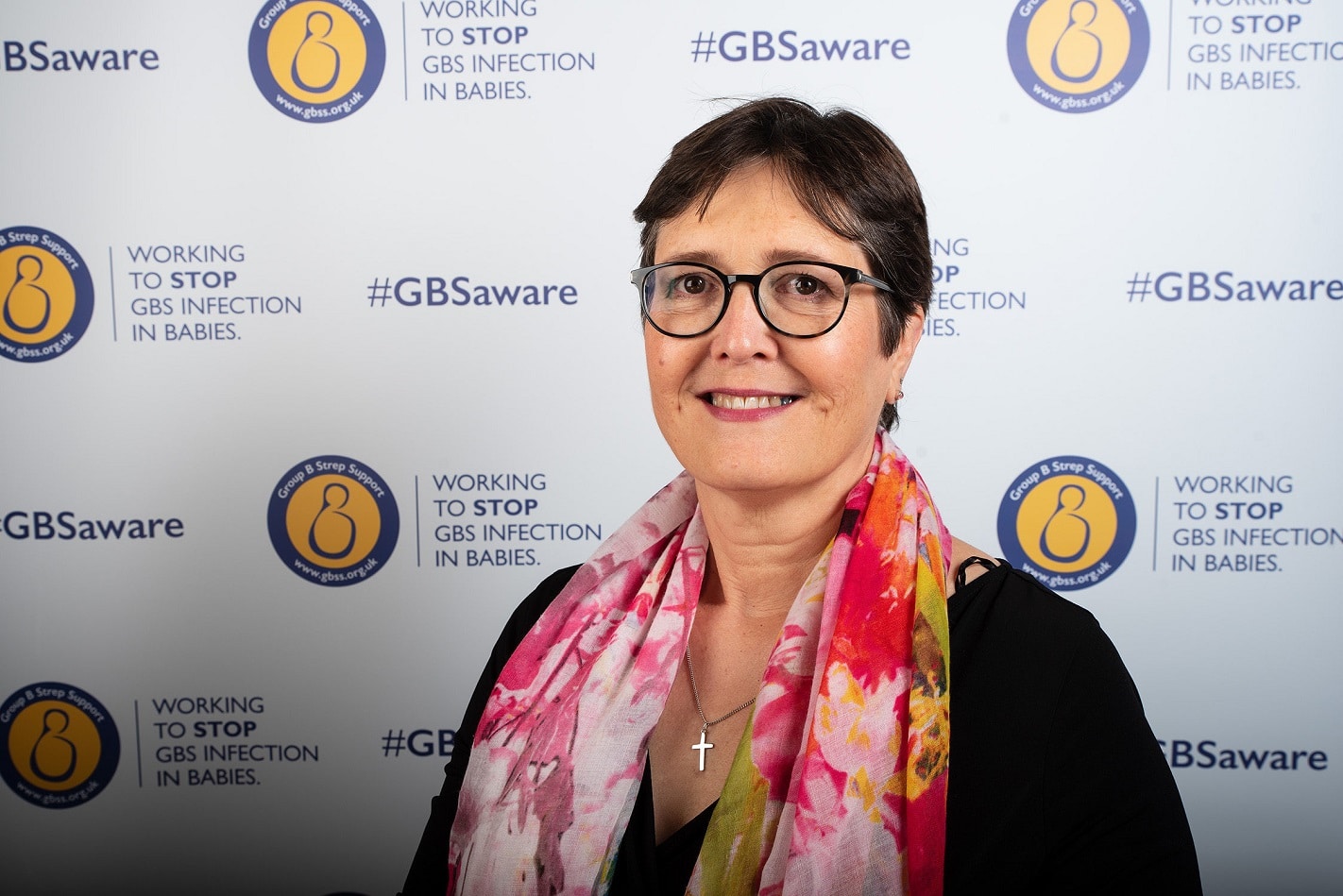 While the focus of raising awareness of group B Strep is so often aimed at expectant parents and their health professionals, it’s important to recognise that approximately a third of the babies who develop these infections in the UK are between 7-days old and 3-months old (O’Sullivan et al., 2018).

Health visitors have a vital role to play in supporting families by providing information on the key signs of group B Strep infection in babies and what action should be taken.

Group B Streptococcus (Streptococcus agalactiae, group B Strep, Strep B or GBS) is a common bacterium which lives normally and naturally in humans, animals and fish. It lives in the lower intestines of approximately one in every five humans and, in women, in the vagina, usually causing no harm to the carrier.

However, although not common, GBS can cause serious infections, mostly in babies in their first few days of life and less often in babies aged 7-90 days, plus in the elderly, peripartum women and the immunocompromised. Group B Strep infections are typically sepsis, pneumonia, meningitis, and focal infections.

Most GBS infections respond well to prompt treatment with appropriate antibiotics (usually inpatient treatment with penicillin). Sadly, even with the best medical care, around 8% will die from their GBS infection, and a similar proportion of the survivors will have long-term health issues.

Most EOGBS infections (GBS infections that develop in the first 6 days of life) can be prevented, by giving intravenous antibiotics in labour to women who are carrying the bacteria (Fairlie, Zell and Schrag, 2013).

Most developed countries have introduced a programme of testing pregnant women to determine who should be offered intravenous antibiotics in labour against EOGBS infection (Le Doare et al., 2017). In the UK, since 2003, we have adopted a risk-based approach, and the key risk factors that the Royal College of Obstetricians & Gynaecologists (Hughes et al., 2017) (RCOG) recommends should prompt the offer of intravenous antibiotics in labour are:

Prolonged rupture of membranes is a recognised risk factor for EOGBS infection, but it does not prompt the offer of intravenous antibiotics in labour unless the mother is also known to be carrying GBS.

In September 2017, the RCOG recommended that all pregnant women should be provided with an information leaflet about GBS and, in August 2021, NICE included a recommendation that GBS should be discussed with pregnant women at booking or later in their updated antenatal care guidelines (NICE, 2021).

Approximately one-third of GBS infections in babies present between age 7 days and 3 months (late-onset GBS infection), with the median age at presentation of 23 days1.

Sadly, there are no known ways, at present, of preventing LOGBS infection. One day there will be a vaccine, but this is still being developed.

It is important that health visitors and the families in their care are knowledgeable about GBS. It is especially important that they know what risk factors and what key signs of GBS infection in babies should prompt action, including an urgent medical review of the baby. 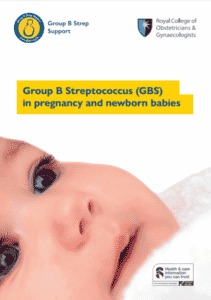 For pregnant women and new parents, charity Group B Strep Support (GBSS) has co-written a leaflet with RCOG which both organisations recommend should be given to all women during pregnancy. This covers pregnancy and EOGBS infection but not LOGBS infection. The leaflet is available online in 14 additional languages, and these are available to download here.

A summary of the key signs of early- and late-onset GBS infections are available here, together with other free resources aimed at health professionals and the families in their care.

GBSS is holding a major conference on group B Strep on 12-13 July 2022. The event is bringing together world-leading experts to talk about group B Strep prevention policies, different testing options, antibiotic usage, and the progress towards a GBS vaccine.

The conference is fully virtual, and is being recorded, with the recordings available until 13 September 2022 to those who register – click here for more information.

A ground-breaking randomised-control trial, GBS3 trial (NIHR, 2019) is underway. This will compare the effectiveness of the UK’s current risk-based approach to preventing EOGBS infection with two approaches that involve testing all pregnant women for group B Strep carriage, either at 35-37 weeks of pregnancy or at the start of labour.

Funded by NIHR, the research arm of the NHS, the £4.2m trial will involve 80 hospitals in England, Wales and Scotland, including 320,000 pregnant women and their babies. The results, expected in 2024, will inform future group B Strep prevention policy in the UK.

Find out more about the GBS3 Trial.

Group B Strep Awareness month is a time to increase knowledge and awareness of a bacterial infection that, in most cases, can be prevented.

Visit GBSS’s website for more information, and to download information materials designed for families and their health professionals and to order an awareness pack.