We are delighted to share a very special Voices piece with you from Merle Davies who is retiring this month. Merle has been a fantastic ambassador for families and the health visiting profession and we would like to take this opportunity to say:

“Thank you and well done Merle! You have made such a difference for families and the health visiting profession – a legacy that will go on to have intergenerational and international impact. It has been a pleasure to work alongside you, all the very best for your next chapter.” 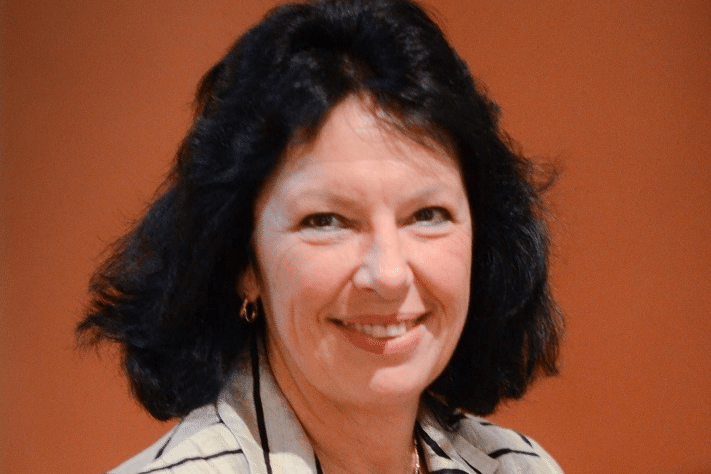 In 2015, Blackpool was one of 5 sites in England to receive ten-year funding from the National Lottery, ‘Fulfilling Lives – A Better Start’ fund. This funding was to improve the developmental outcomes for children 0-3 in three key areas: Speech and language; Social and Emotional Development; and Diet and Nutrition. Along with these three outcomes was the underpinning outcome of creating systems change to ensure sustainability.

To achieve this, the Centre for Early Child Development (CECD) was created as the backbone organisation of the Blackpool Better Start Partnership (BBSP) which is made up of the Local Authority, Clinical Commissioning Group, Blackpool Hospital NHS Foundation Trust, the Police, the community and is led by the NSPCC. To help understand how this would be achieved, the BBSP worked to a simple theory of change which was that if services helped to reduce the stressors that parents faced and gave them the skills and confidence to parent, then it would improve the developmental outcomes for children.

To create the change required, the CECD worked to 4 cornerstones, which are:

It was understood that to achieve Cornerstone 1 and create behaviour change at a population level, a universal service was required that was accessed by the majority of parents and which delivered key messages around early child development, as well as ensuring appropriate support was in place for every family, which of course was the Health Visiting service (HVS). And so began a four-year process to deliver a bespoke HVS to meet the needs of Blackpool families.

Health visitors (HVs) and parents worked with a transformation team comprising 2 HVs seconded to the CECD, 2 HV team leaders, a public health commissioner and two external consultants, all overseen by the CECD. At first HVs were cautious, as it was during a period when private companies were tendering to deliver HV services. After a number of consultations, the HVs recognised that this was a real opportunity for them to shape the service they were proud of in a way that had previously not been possible. Working alongside parents, HVs considered various delivery models with consensus reached to adopt an eight-contact universal model, i.e. an additional three contacts to the five mandated in the PHE 4-5-6 model. These additional contacts include:

In addition, a comprehensive desk top, family review was introduced to be undertaken at 18 months – ensuring the appropriate development checks have taken place and that any support required been made available. Concurrent to developing the new contacts, the mandated five contacts were also reviewed to assess not only how they were delivered and what else might be required, but also to consider if the assessments undertaken were the right ones. A number of areas requiring enhancements were identified: speech and language; perinatal period; agenda matching; and quality assurance.

Research suggests that routine Adverse Child Experience (ACE) enquiries help parents in the perinatal period to reflect upon and understand their own experiences, and could contribute to breaking the intergenerational cycle of ACEs. A local pilot study ascertained that the critical time to engage would be antenatally, as the new beginning offers optimal motivation point for parents to address issues and affect change; as such, the ACEs enquiry was introduced as part of the antenatal contact.

Behavioural Activation has also been incorporated into the HV offer and forms part of the suite of interventions for women identified as needing additional support with their mental health during the first postnatal year. All staff were trained in the Newborn Behavioural Observation (NBO) and some in the Newborn Behavioural Assessment Scale (NBAS). There is also an expectation that the HV holds the Early Help Assessment (EHA) for all children under 5 requiring additional support.

To further develop the Enhanced Health Visiting Model, the NSPCC Baby Steps evidence-based perinatal education programme for expectant parents was introduced, which comprises nine group sessions and two home visits. In addition, the Family Nurse Partnership, who provided a great deal of support and expertise in helping to develop the enhanced model, are a key part of the enhancement. Every parent has access to Baby Steps and those who meet the FNP criteria receive the more intense support from the FNP team until they are stepped back down into the universal HVS, providing a comprehensive package of support for parents.

To support ‘parent-led’ conversations, agenda-matching tools have been designed with parents to help them play an active part in the conversation with their HV and enable them to raise their own concerns rather than the visits being focused on what the HV needs to know.

A Quality Assurance Framework has been introduced to ensure fidelity to the model, as well as ongoing support for HVs through peer-to-peer support. A key area of work was the recording of data to show the volume and nature of the work being done by HVs, much of which had never been recorded as data had been focused on the national KPIs. Moving forward, it was important that the data highlighted this work to enable commissioning decisions to be based on evidence of need.

Testament to the importance of this service in Blackpool was that no HVs were redeployed during COVID-19. Where possible, visits were undertaken face-to-face and, as all staff had been issued with laptops, mobile working was much easier for them. During the pandemic some contacts increased and surpassed the England average prior to COVID.

Further information can be found at: