Fellow in Westminster at APPG for Parents and Families – 22 March 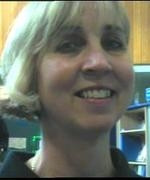 Dr Louise Condon, Associate Professor in Nursing, College of Human and Health Sciences, Swansea University and Fellow of the iHV

On 22 March 2016, the All Party Parliamentary Group (APPG) for Parents and Families discussed the Family Test, a government initiative to ensure that policies take into account the needs of families, and that the impact upon families of any new policies is considered. As a Fellow of the iHV with a background in child welfare and social policy I attended as an invited iHV representative.

The aim of the meeting was to explore:

To discover what difference this initiative was making in practice, The Family and Childcare Trust, Relate and Relationship Foundation, supported by other charities, wrote to the 14 relevant Government departments to ask how they had incorporated and assessed the Family Test since its launch in October 2014. At the APPG, Julia Margo, chief executive of The Family and Childcare Trust, presented the findings of this survey, and representatives from Relate and the Relationships Foundation also commented on the findings.

Findings were that some departments who responded to the survey gave examples of where they had taken into account the impact of a policy change upon families; for instance proposed changes to the Sunday Trading Bill were considered in respect of the opportunities to give families more leisure choices but also the impact upon families of parents working longer hours on a Sunday. Overall, the coalition of charities expressed disappointment that key Government departments were not able to show how they have applied the Prime Minister’s Family Test to their policy-making, despite their being responsible for the wellbeing of families.

Following the presentation, Members of Parliament who attended the meeting commented on the report. A member of the House of Lords referred to the Health Visitor Implementation Plan and stressed the importance of continued funding for both Children’s Centres and health visiting in a climate of austerity. There was general agreement among those attending the meeting that the Family Test was important, but that it needed to be an integral part of every department’s policy-making process, rather than a tick box exercise.

The report contained recommendations which included making the Family Test mandatory and publishing an annual review of performance against outcome measures. At a local level it was recommended that the feasibility of a local Family Test should be explored as decisions affecting families are increasingly devolved to local authorities and health bodies. A final recommendation is for devolved governments to follow Westminster and develop their own Family Tests.

Associate Professor in Nursing, College of Human and Health Sciences, Swansea University and Fellow of the iHV