A blog written by Sharin Baldwin, one of our Fellows, in support of International Fathers’ Mental Health Day (#INTFathersMHDay), to share her research focusing on fathers’ mental health and wellbeing during their transition to fatherhood. 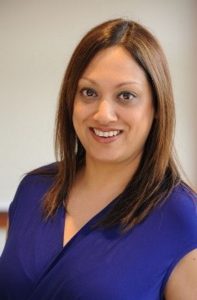 New parenthood is a time of significant change in both men’s and women’s lives. It can present a number of stresses associated with changes to lifestyle, couple relationships, sleep deprivation and financial pressures (Wee et al, 2013). In addition to this, new fathers may also experience increased pressure to be a ‘supportive partner’, and struggle with having to balance the various demands of their family, work and personal needs (Edhborg et al 2015, Genesoni and Tallandini, 2009). While mothers’ mental health needs during the perinatal period are now widely acknowledged and routine assessments carried out, fathers’ mental health needs are comparatively poorly understood or rarely addressed.

Currently up to 10% of fathers are reported to suffer from depression during their partner’s pregnancy and following birth (Paulson and Bazemore, 2010), while up to 16% suffer from anxiety in the antenatal period and 18% in the postnatal period (Leach et al, 2016). This is significant because as well as mothers, fathers play an important role in their children’s lives. Poor mental health in fathers can affect their child’s behavioural, social, cognitive and emotional development, and contribute negatively to their own health as well as their partners.

Health visitors play an important role in preparing parents for their transition to parenthood and assessing their mental health and wellbeing in the perinatal period.

Despite this, in practice there still appears to be a gap when it comes to supporting fathers’ mental health and wellbeing. Research findings suggest that fathers are still not acknowledged as equal parents by health professionals (Palsson et al, 2017) and lack the knowledge of where to look for resources for postnatal depression and how to access support (Letourneau et al, 2011).

This gap in practice has led to the development of my PhD research, the New Dad Study (NEST). NEST was set up in 2016 and is being funded by the National Institute for Health Research (NIHR) as part of a doctoral fellowship, which is being supported by a team of researchers at King’s College London.

The aim of this study is to gain better understanding of first-time fathers’ mental health and wellbeing needs during their transition to fatherhood. This will then inform how health professionals (who are in contact with new parents during and after the birth of their baby) could better support new fathers.

Findings from this study will also contribute to the existing limited body of evidence in this important area, while informing the development of more adequate support interventions for new fathers.

Currently, a qualitative systematic review is in progress which will summarise the existing evidence around what is already known about fathers’ mental health needs during the perinatal period. More information can be found here.

Following this, further exploratory work will be undertaken with first-time fathers in five London boroughs to build a better picture of the needs and experiences of men from different ethnic groups. For more information about the study please visit: www.newdadstudy.com.

I have also developed a number of helpful perinatal mental health resources through the Institute of Health Visiting to support parents and health professionals (see below).

I am really excited about a recent toolkit that I have developed for health visitors through iHV on behalf of Public Health England – ‘Supporting the health and wellbeing of fathers: A toolkit for health visitors’ – due to be launched by Public Health England very soon. It provides evidence about why fathers matter and how to identify and remedy gaps locally. It is designed to be used by health visitors as leaders of the Healthy Child Programme for the 0-5s, service providers and commissioners.

Sharin Baldwin is a trained nurse, midwife and health visitor. She is also a Queen’s Nurse, Fellow of the Institute of Health Visiting (FiHV) and an iHV Perinatal Mental Health Champion. Sharin is currently undertaking a PhD focusing on fathers’ mental health and wellbeing during their transition to fatherhood, at King’s College London and is the first health visitor to be awarded a Clinical Doctoral Fellowship by NIHR.

This blog presents independent research funded by the National Institute for Health Research (NIHR). The views expressed are those of the author and not necessarily those of the NHS, the NIHR or the Department of Health.

Paulson JF, Bazemore SD. (2010) Prenatal and postpartum depression in fathers and its association with maternal depression: a meta-analysis. JAMA, 303(19): 1961–9.

Whitelock, A. (2016) Why do health visitors screen mothers and not fathers for depression in the postnatal period? Journal of Health Visiting, 4(6): 312-321.