Just before our breastfeeding conference, we are delighted to share this blog from Dorset Health Care on some great posters that they have developed around having conversations on breastfeeding.

The Breastfeeding Advisory Team at Dorset Health Care is constantly looking for ways to promote breastfeeding, raising the profile of breastfeeding to a wide audience.

Having talked to local breastfeeding Mums, we became aware of the fact that many women were feeling ‘pressured’ to breastfeed. This can lead to increased anxiety and feelings of ‘failure’ if breastfeeding is not successful; which, in turn, can add to the already stressful adjustment to parenthood.

‘I felt guilty and a bit of a failure as a mother, but we persevered and three weeks later we cracked it, but I know many mums in my situation might have given up and continued to feel disheartened’, from a mum who struggled initially with breastfeeding.

‘ Mothers should feel proud and confident to breastfeed, I felt quite scared to begin with because it was a new experience and giving birth is daunting enough, but we should never feel pressured……,’ from a mum whose baby was born premature

In response, we decided to develop posters with a new message. The message offers a ‘softer’, more realistic approach which mums found easier to relate to and felt they were less directive. 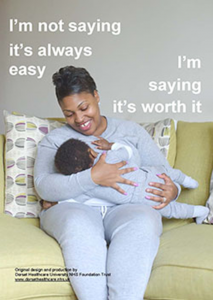 ‘I think the gentle straplines give a real sense of calm and warmth which appeals to women. Mothers don’t want to be preached at.’

Local women were very keen to support the campaign and feature in the posters. We tried to encompass a variety of breastfeeding scenarios. The first set of posters are representative of our local population. However, we would like to extend the range in the future. 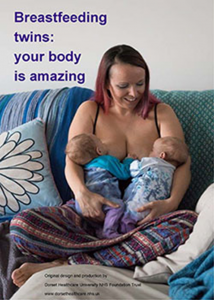 ‘I guess I wanted to be involved in this campaign to show that, whether you breastfeed for just a day or a week, you haven’t failed – just keep trying. It’s a learning curve for both you and your baby’

The popularity of the posters nationally appears to be due to the fact that they acknowledge that breastfeeding is not always easy and that it is a learnt process that can take time to master.  They also acknowledge the ‘struggles’ that mums may encounter, but also celebrates the rewards. 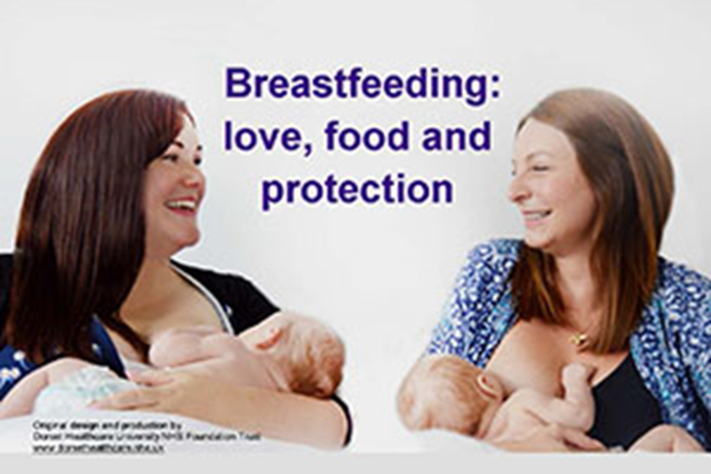 ‘… fantastic innovation – so simple but so impactful, it makes breast feeding look like a club you would want to join as a mum’ from a health professional.

The posters can act as a catalyst and offer ‘permission’ for both the mum and the health professional to have a ‘meaningful’ conversation, in which fears and concerns around breastfeeding can be addressed.

Responses on social media were overwhelmingly positive and it was decided that Dorset Health Care would make the posters free to download, and that they can have other logos attached to personalise them. There has been an enthusiastic uptake and we are keen to see the power of the posters spread extensively.

We have been lucky to have been approached to share the posters at the All Party Political Group on Infant Feeding and Inequalities at the House of Commons chaired by Alison Thewlis SNP MP.

How to obtain free posters