Commissioning children’s public health – Looking through the wrong end of the telescope?

A blog by iHV’s Robert Nettleton on his work on reviewing the commissioning of children’s public health services. 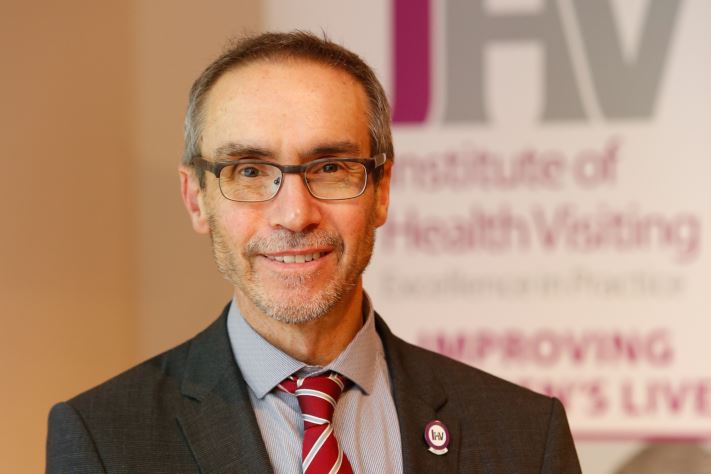 We know that the post-2015 commissioning arrangements for children’s public health including health visiting is problematic, but proposing an alternative isn’t so easy, starting from where we are. Looked at from our end of the telescope, we see our small part of the universe in detail; turn the telescope around and health visiting is practically invisible! I guess that constructive suggestions need to identify that the problems affecting health visiting and the solutions are a lens that helps to address the problems of the wider system.

I’ve had a vague sense that my understanding of the commissioning landscape isn’t ‘keeping up’ confirmed by galloping through this from the King’s Fund: Making sense of integrated care systems, integrated care partnerships and accountable care organisations in the NHS in England.

The acronyms are bewildering, but essentially everyone seems to be finding ‘work arounds’ to make the very flawed Health and Social Care Act, 2012 (the Lansley reforms) work at system level. At that level of generality, everyone is wrestling with the same macro-problem. Below that top-line, however, it’s harder to identify common cause. Health visiting has become practically invisible in the NHS landscape because its concern is children and their families, whereas the overwhelming concern of the NHS, and the wider health and social care system, is older-adult health, and managing demand on the NHS to cope with the pressures and Social Care to cope with reduced budgets.

There needs to be an equivalent sense of collective urgency to focus on the health and wellbeing of children and families as a public health issue. That there are urgent issues is widely recognised. I have recently contributed on behalf of iHV to the Parliamentary Committee on Science and Technology’s investigation of Adverse Childhood Experiences (ACEs) and helped set the agenda for the Health and Social Care Committee’s parliamentary enquiry into the First 1001 Days. In the last few weeks, it has been announced that Andrea Leadsom MP, Leader of the House of Commons, has been asked by the Prime Minister to chair a cross-Government working group set up to review how to improve the support available to families in the period around childbirth to the age of two – the first 1001 days. We are becoming more effective at ‘stimulating awareness of health needs’ with the aim of ‘influencing policy affecting health’.

What is hopeful is that this is collective endeavour. Last month, when I was in a committee room in the palace of Westminster (I never imagined I would ever write that phrase!), I heard Tim Loughton MP say, “we must challenge the mechanisms of government”. He said this because he sees that what affects children and families has been parcelled out to different departments of government and structures in the public services. But this is not how children live their lives.

England used to have ‘Every Child Matters’ and we had a ‘National Service Framework for children, young people and maternity services’ to mobilise action and set shared standards, but we now have a fragmented system. By contrast, the Scottish Government has Getting it Right for Every Child (GIRFEC) supported by a legal framework. Wales has the Future Generations Act. In both countries, children and families are front and centre of policy from government to local level, and health visiting has an assured place in supporting the health and resilience of families at their most formative times. In England of late, if children are on the agenda, they are often peripheral to apparently bigger issues, notably the pressure on adult social care. Actually, these pressures are failures in past prevention. Scotland and Wales provide examples of how national leadership could facilitate collective leadership all the way down to community level that takes seriously the radical upgrading of the priority given to prevention espoused by NHS England’s Five Year Forward View (2014).

In July, Simon Stevens, the Chief Executive of NHS England initiated a new 10-year plan for the NHS to be published later in the year. It includes some new priorities that were not part of the Five Year Forward View, one being:

“a renewed focus on children’s services, and prevention and inequality as they affect children”.

As health visitors, we can look at prevention from both ends of the telescope: from the emergence into the world of each newborn child through to the wider determinants of our national health and wellbeing. Surely this is an opportunity to make joined-up commissioning work for the health of children and families.