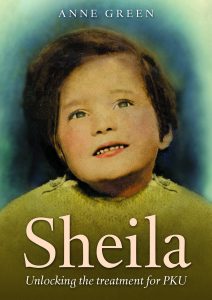 I was delighted to be asked to review this very moving book, written by Professor Anne Green, which tells the story of a little girl called Sheila Jones who was diagnosed with the rare metabolic disorder phenylketonuria in the early 1950s. 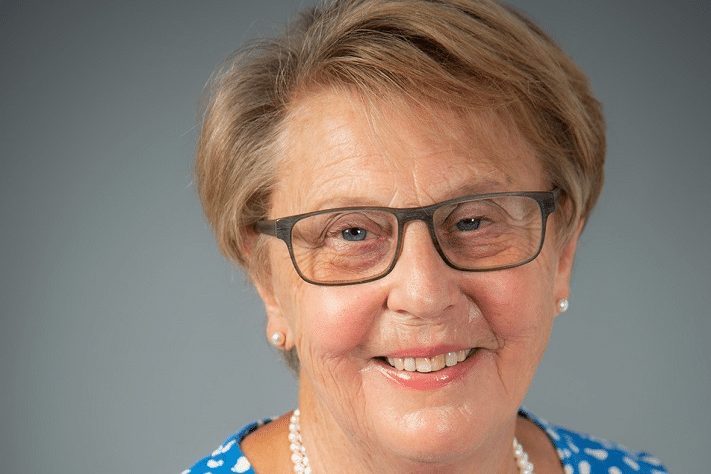 If you need an interesting book to read during lockdown, then I can highly recommend this one. The book brings the topic of phenylketonuria to life through the powerful medium of story-telling, highlighting the devastating impact that the untreated condition can have on both the child and their family. In particular, the book tells the story of a mother’s dogged determination and sacrifice, despite the odds, to find treatment for her daughter, inter-woven with the accounts of rigorous scientific innovation. It also provides a fascinating historical account of the life-changing discovery of the first treatment for the condition through the scientific achievements of the medical team at Birmingham Children’s Hospital in the early 1950s.

All health visitors will be very familiar with the routine “heel-prick test” which is performed worldwide on all babies shortly after birth to ensure that those with the life-changing metabolic disorder of phenylketonuria receive treatment as early as possible. However, I was unaware of the personal story of Sheila Jones and her family whose personal contribution has transformed treatment across the globe, thereby significantly improving the prognosis and life-chances for affected children.

Sadly, the book also highlights the impact that the wider determinants of health have on outcomes. Sheila grew up in the poorest part of Birmingham and her family experienced multiple disadvantage due to the impact of poverty and deprivation, alongside the relentless demands to manage the treatment regime for a chronic childhood condition like PKU. This had an impact on the choices that her mother was able to make – as Sir Michael Marmot and others highlight repeatedly, “health” is not an easy choice for families in poverty.

I won’t be a “spoiler” and share all the details of Sheila’s story, but would encourage you to read this book if you get the chance.

‘In 1971, twenty years after Sheila was diagnosed, newly qualified junior clinical biochemist and graduate of Birmingham University, Anne Green, began her scientific career at the same hospital where Sheila was first treated. Since then Anne’s career and Sheila’s story intertwined which led to Anne’s desire to find out more about Sheila’s life. This book is the fulfilment of a career-long interest in PKU and newborn screening’.

Where to buy the book:

For UK orders, signed copies can be purchased directly from Birmingham Children’s Hospital with free P&P at https://store.bch.org.uk/sheila or telephone order to 0121 333 8506

The book is available to order UK and worldwide via Brewin Books (www.brewinbooks.com) and Amazon.

To listen to Anne chatting about the book on a podcast