Smoothie-making HVs in Hull reaching out

Here’s what happened on Saturday 1 August when a group of Hull health visitors from City Health Care Partnership CIC (CHCP) spent the day making smoothies with a bicycle to encourage healthy eating and active lifestyles in their local community.

They made pots of smoothies and had lots of fun, as well as promote their TriHV Challenge which is raising money to fund research into improving children’s lives for the Institute of Health Visiting (iHV). 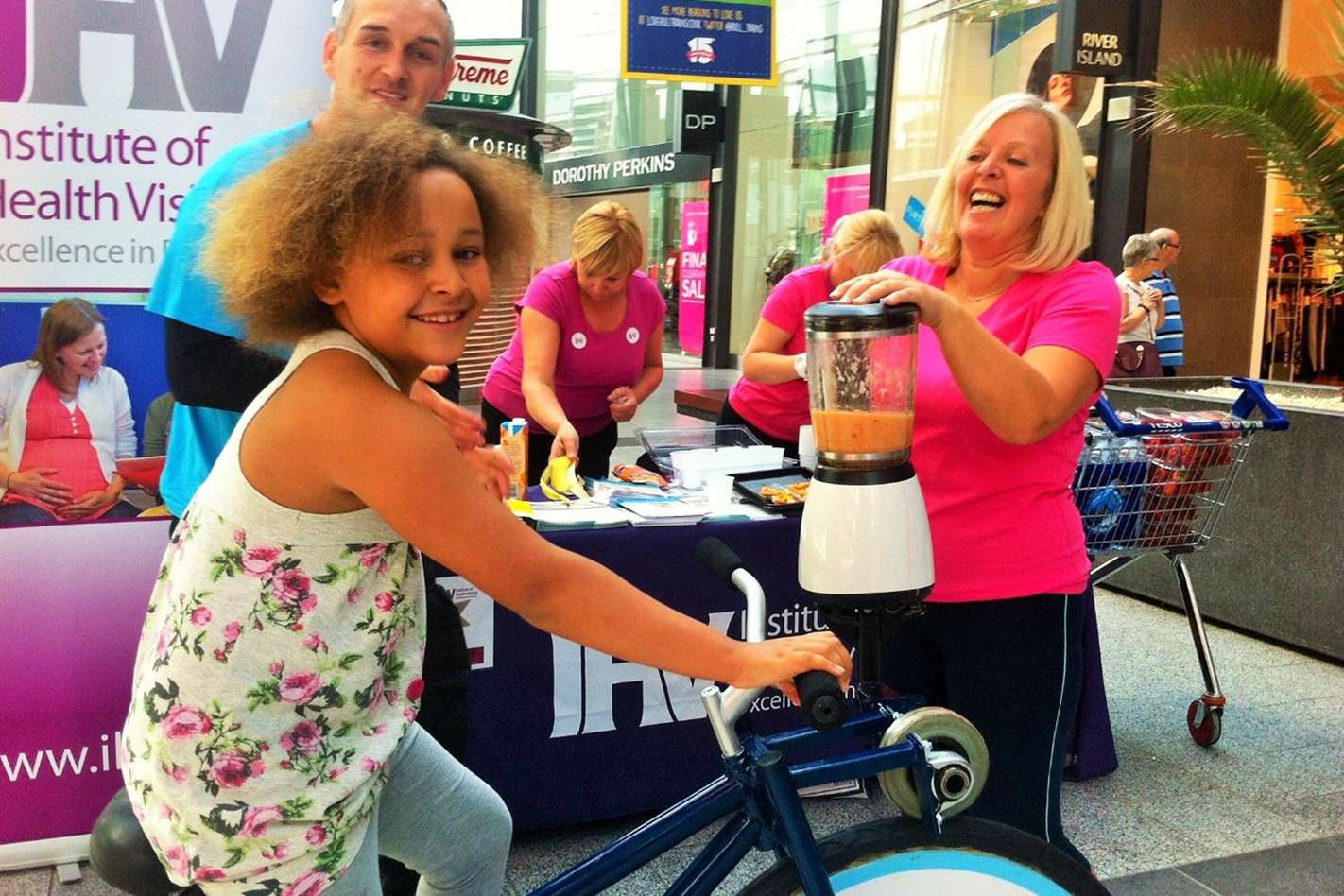 St Stephens Shopping Centre in Hull has, on an average Saturday, 30,000 people through its doors. The TriHV team set up in a prime position which generated lots of interest from passers-by, who may not have actually sat on the smoothie bike to make their own smoothie, but they did take resources, fact sheets and had chatted to the TriHV team about public health matters.

The team had 200 cups all prepared and ready to go – and which they ran out of by 3pm as they had so much interest!

Each family that stopped invariably let their children make a pedal-powered smoothie on the specially adapted bicycle. With an average family size of 4 and two children in each family, 2 cups were used per family which were then shared with their two parents – so the “reach” estimate from smoothies is at least 400.

In addition, they had 200 fruit pots that were given out to families, providing an additional estimated “reach” of 400. They also had fruit trays with slices of melons and pieces of fruit and vegetable pots – which gave a further 200 contacts from these. This does not account for those who came up to discuss their health without having fruit/smoothie/veg.

The TriHV team felt it was fantastic to be part of their community, taking back and forward the public health role of health visiting.

CHCP Health Visitor and part of the TriHV team Sandra Waites said “this is just brilliant –this is what health visiting does well, building community capacity – out in public with the public. It has been a fantastic opportunity to have important conversations about health in such a positive way – and in a way that you are confident will really help people address the ambivalence we all feel in relation to making the right choices when it comes to being healthy.”

But photos of the day tell the story so much better: 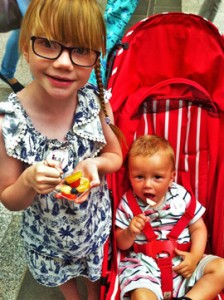 Summer and her baby brother. Summer is no stranger to fundraising. Just two weeks after having open heart surgery, Summer did a sponsored walk to raise funds! Summer’s mum said she always put veg and fruit out for her children to try as a way of encouraging good health. 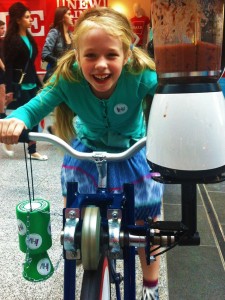 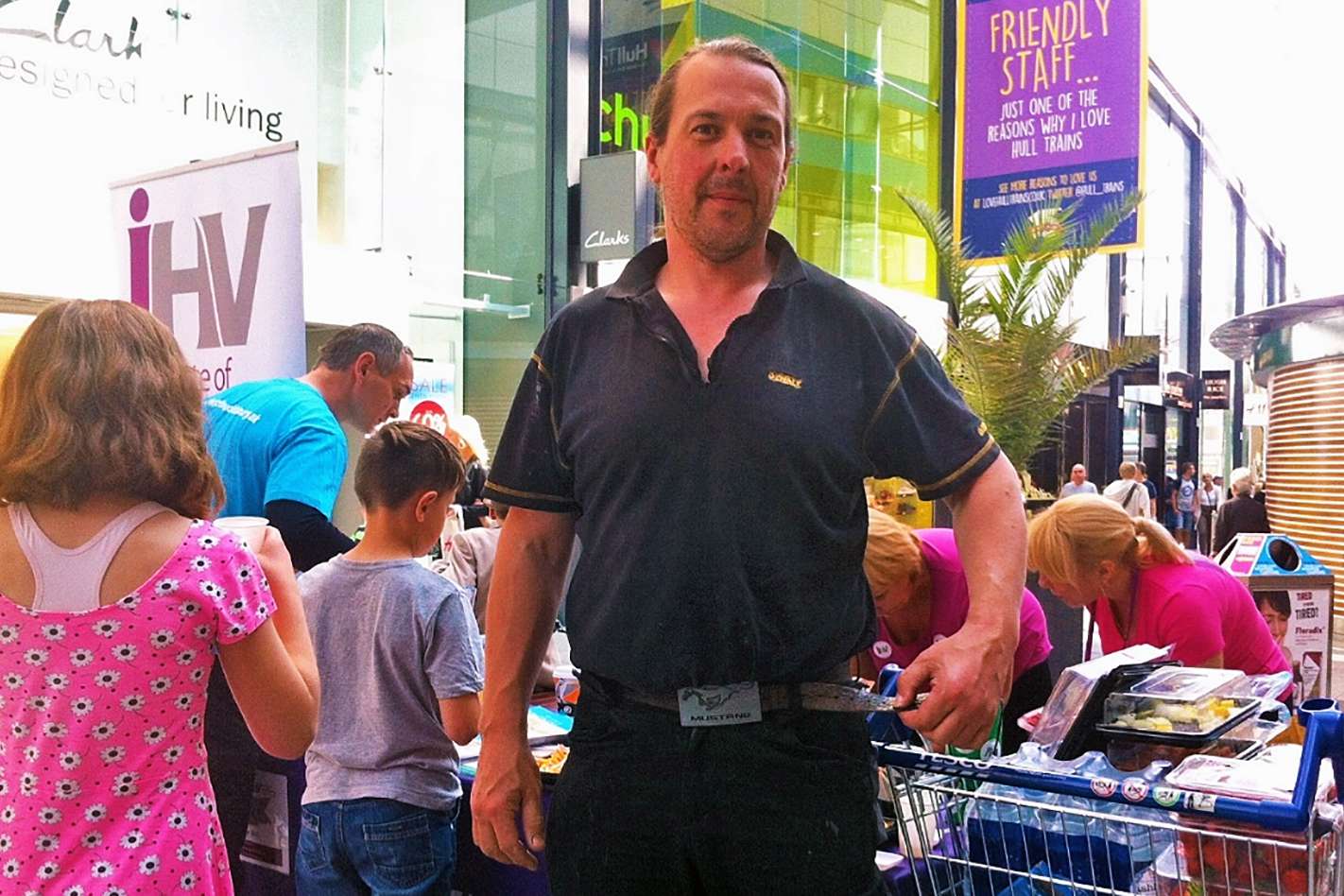 Dad of 2, Gary is holding his belt to show what notch it used to be on after losing 8.5 stone- he said he realised he had to do something when he couldn’t run to play cricket with his children. Gary said he was now inspired to make his kids smoothies as a way of encouraging them to be more healthy.

Read the press release of the event