This week has seen the vital role of health visitors championed in both the House of Commons and the House of Lords.

On Monday, we were delighted by the support from peers, led by Baroness Stroud, who debated the amendments to the Domestic Abuse Bill in the House of Lords. The debate represented a significant landmark in getting the voice of babies, including unborn babies, heard in Parliament. A significant number of peers spoke out, making a powerful case for health visiting and the vital role that health visitors play in the early identification and support of vulnerable babies and young children living with domestic violence and abuse.

Yesterday, the spotlight was shone on health visiting again during a Westminster Hall debate on maternal mental health which was successfully secured by Sarah Olney MP. 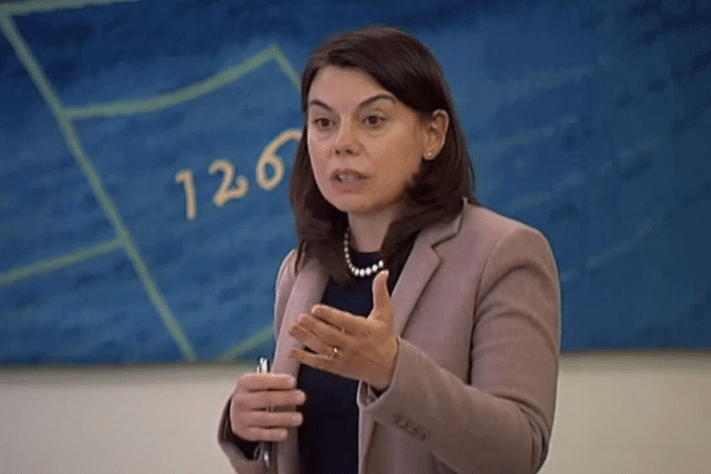 “Pregnancy and birth can be the trigger for poor mental health among those who did not previously suffer from mental health problems, and they are a major factor in the escalation of existing ones. The first two years of a child’s life are vital in their development, and the right support and guidance for families at this time can make a big difference to their long-term outcomes”.

And set out why a robust health visiting service is so vital for families:

“The value of the home visit is that the mother does not need to identify the need for help and then go out and seek it for herself; someone comes to her and asks her how she is. A trained and experienced health visitor can observe mother and baby and identify whether additional support is needed”.

Sarah Olney MP also powerfully described the experiences of a number of parents who had babies during lockdown, including Zilia from the south-east who said,

“All appointments attended alone and in sterile conditions. Childbirth alone, no visitors in hospital, no family able to meet your newborn and help you out thereafter. Just the most isolating and lonely experience I have been through”.

Tim Loughton MP (who has informally been bestowed the title of the “Minister for health visiting” due to his tireless campaigning on behalf of the profession – and for which we are extremely grateful) then clearly articulated the consequences of the disinvestment in health visiting, saying:

“We need to build back our health visitor numbers, as we did so well in the coalition Government between 2010 and 2015, when we produced 4,200 additional health visitors, who were absolutely invaluable. They are the friendly face that new parents will welcome across a threshold, where they may be more suspicious of a social worker or other care workers. They are also an early warning system for problems that may be going on with a new parent and ultimately any safeguarding issues”.

The Minister Nadine Dorries MP responded to concerns about the current state of health visiting, saying:

Whilst the Ministers’ response was factually correct, it was misleading in part as it did not reflect the reality of the scaling back of services in many areas. There is overwhelming evidence that health visitors are now so stretched by the increased levels of need in their enormous caseloads. As a result, they are only seeing the tip of the iceberg, with most areas unable to deliver the Healthy Child Programme in full. Many parents are reporting that they have not seen a health visitor for months. The root cause of this sad state of affairs is not the failure of health visitors, who have gone above and beyond to support families in the pandemic, but rather the inevitable consequence of years of cuts to the health visiting service which entered the pandemic in an already depleted state.

We do, however, remain optimistic that the Leadsom Review will contain some significant measures to address these concerns. This “glimmer of hope” was hinted at in the Minister’s response, saying:

“Phase 1 of the [Leadsom] review is in its final stages, and the vision for brilliance, setting out policy actions for the Government, will be published shortly”.

At the Institute of Health Visiting, we would like to extend our sincere thanks to all the Parliamentarians who are championing the cause of families experiencing maternal mental health problems and the health visiting service. We particularly thank Sarah Olney MP for calling the debate and Tim Loughton MP for their tireless support.

Watch the recording of the Maternal Mental Health Debate

Read the transcript from the debate