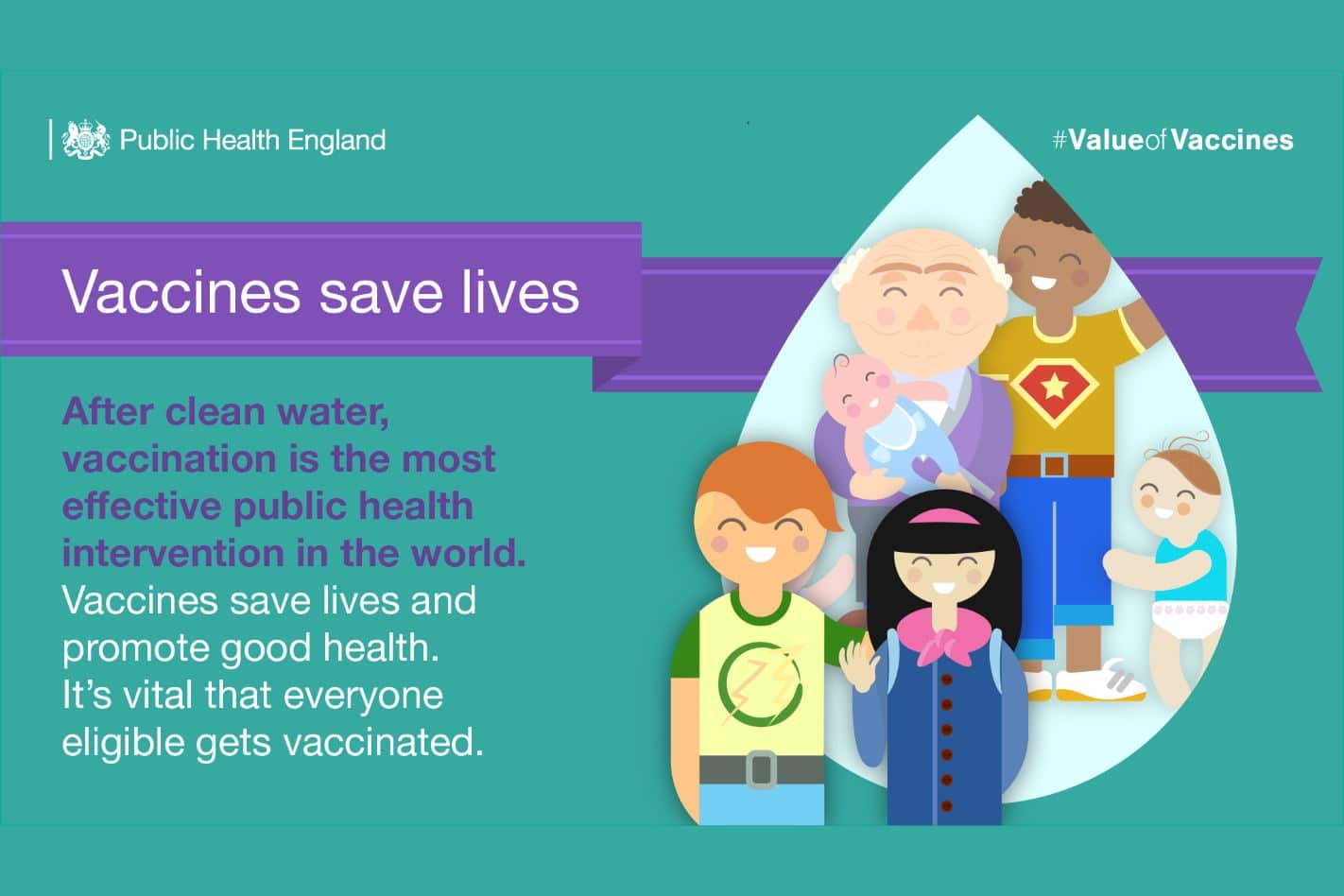 At the start of European Immunization Week (#EIW2019), Chief Executive of Public Health England, Duncan Selbie, reminds all those working in healthcare of the importance of speaking ‘confidently about the value of vaccines’ and urges everyone to support the vaccine heroes – those GPs and nurses who are on the frontline.

Research from Public Health England shows that health professionals remain the most trusted source of advice on immunisation (93% of parents agreed), while social media and the internet ranked as the least trusted sources of information. Overall, only 9% of parents have seen, read or heard about something that would make them doubt having their child immunised – a historically low proportion and down from a third (33%) in 2002.

When asked what they had come across in the past year the majority (86%) of parents who reported seeing or hearing information about vaccines said the messages were in support of immunisation. Only 4% said the information was against vaccination.

The survey also shows that reported parental confidence in the immunisation programme is very high and the percentage of parents refusing one or more of their child’s vaccines remains very low at only 4%. For those parents who didn’t vaccinate when due, most had postponed, rather than refused vaccination, with their child going on to have it at a later date.

Vaccine coverage remains high for most childhood vaccines. The latest quarterly data suggests that vaccine coverage at 12 months of age increased by 0.4-0.9% for all vaccines compared with the previous quarter. This follows slow declines in uptake since 2012-13. According to research by the Royal Society of Public Health these small drops may be due to timing, availability and location of appointments.