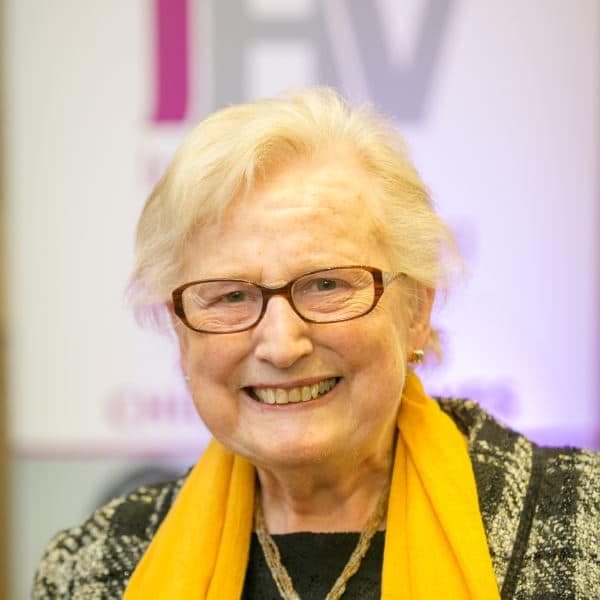 Professor Dame Sarah Cowley retired in spring 2012 after a career that started in nursing in 1964, but has focused on health visiting since 1980.

After practising as a health visitor and practice teacher in Eastbourne for ten years, Dame Sarah completed her doctoral studies before joining the academic staff at King’s College London in 1992. There, she led a dual qualification health visiting/district nursing programme for five years, before being appointed as Professor of Community Practice Development, after which she concentrated on Masters and doctoral level education and research.  Her needs assessment research is recognised internationally, and she has advised on studies in Brazil, Australia, Japan, Ireland and New Zealand. Research about the distribution of health visiting services in relation to indicators of deprivation led to a worked-through funding model to guide commissioning and strategic planning, which has been widely used for workforce planning.

Dame Sarah is a patron for DorPIP (Dorset Parent Infant Partnership) and MECSH (Maternal and Early Childhood Sustained Home Visiting programme); and a trustee for the charity Foundation Years Information and Research.  She has been adjunct Professor, University of Technology Sydney, Visiting Professor University of Sao Paulo, a member of the National Institute for Health Research, a past Chair of the Community Practitioners’ and Health Visitors’ Association (CPHVA), Fellow and former vice-chair of the Queen’s Nursing Institute, Professorial Fellow of the Royal Society of Public Health and Fellow of the Irish Institute of Community Health Nursing. She was awarded the King’s College London Supervisory Excellence Award in 2008, having supervised more than 20 doctoral students to completion. In 2012, she was awarded a lifetime achievement award by the CPHVA and was created Dame Commander of the British Empire (DBE) for services to health visiting in the New Year’s Honours list 2013.

Dame Sarah has served on various editorial boards and has published widely, mainly to reflect her most important research interests in the field of health visiting, particularly child and family public health.  She co-authored (with Marion Frost) a revision of the ‘The Principles of Health Visiting: Opening the door to public health’ in 2006. Her final programme of research, completed in 2013 with Professor Jill Maben at King’s College London, identified the key concepts embedded in health visitors’ ‘orientation to practice.’ This provides a framework for the third edition of her edited book (with Dr Karen Whittaker), ‘Community Public Health in Policy and Practice: a Sourcebook,’ which is due to be published in 2020.