Child Houses: an effective alternative for child victims of sexual abuse and their families

In support of Sexual Abuse & Sexual Violence Awareness Week (7-13 February 2022), we are delighted to share a Voices blog from Pierre Hyman, Senior Policy & Public Affairs Officer at NSPCC with a specialism in family justice and policy relating to child sexual abuse. 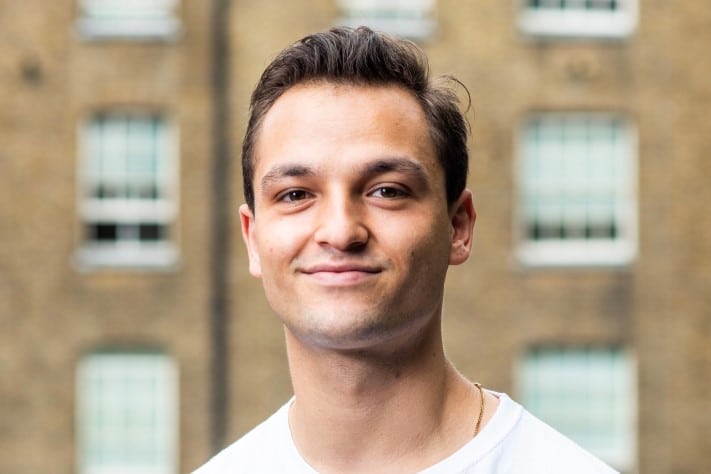 Child Houses: an effective alternative for child victims of sexual abuse and their families who are often left without the support they need.

With sexual abuse so frequently hidden from view, often because a child may be too young, too scared or too ashamed to tell anyone what has happened to them and the adults around them haven’t spotted the signs or stepped in to protect them, we don’t know exactly how many children in the UK experience sexual abuse. However, previous NSPCC research suggests around one in 20 children in the UK have been sexually abused.[1]

Sexual abuse[2] can involve physical contact with a child, or where no physical contact is made, it can include abuse that has taken place online. Experiencing any form of sexual abuse is horrific and can be traumatic. It is also a serious health issue as victims can sustain severe injuries and contract infections and are more likely to experience long-term illnesses, disability, and mental health problems such as depression, anxiety disorder and PTSD.  Those who have experienced child sexual abuse can also struggle with challenges such as substance misuse. Victims and survivors of sexual abuse have a 20% higher number of doctor and hospital contacts than people who have not been abused.[3] One study found that 8 in 10 adolescents who experienced sexual abuse had mental health problems 4-5 months after the assault[4]. That is why it is so important that children get the help they need when they need it.

Unfortunately, the current system’s response to children and young people who have experienced abuse, and delays in accessing treatments, can add to their distress.

Young victims and witnesses can face multiple interviews with social workers, the police, health professionals, sexual violence advisors, therapists and criminal justice staff. Contact with such agencies takes place in a variety of settings which are often not child friendly. Children have told the NSPCC that it can be traumatising having to give an account of their abuse to multiple professionals in multiple locations. They can also then face long waiting lists to access specialist therapeutic support after giving evidence to the police. This all takes place at a time when children are facing increasingly long delays in getting the support they need – with the average time from report to completion of cases involving child sexual abuse being 1 year and 10 months last year[5].

As well as better access to therapeutic recovery support, the NSPCC wants to see greater integration between the services that child sexual abuse victims rely on, to reduce the likelihood of re-traumatisation. We believe that the Child House model offers the best way to provide such joined-up support. Established in Reykjavik in 1998, the Barnahus approach, drew on similar models of Child Advocacy Centres (CAC) in North America. This model is child-centred, enabling medical and sexual health professionals, counsellors, therapists, and the police to work together under one roof – guiding children, young people and their families through their journey of recovery, helping them access the support they need at every step, including the court process.

Evidence from both models, in terms of mental health and criminal justice outcomes, is overwhelmingly positive.[6]  For that reason, it’s not surprising there are over 1000 CACs in the USA and Barnahus across Europe including over 30 alone in Sweden, 10 in Norway and more in countries including Croatia and Ireland. The model has been showcased by NHS England, The Children’s Commissioner, the Centre for Social Justice and the Home Office, and the Scottish Government plans to establish a number of Child Houses by 2025.

The NSPCC currently helps deliver the UK’s only Child House, the Lighthouse in London, alongside the NHS and the police. The Lighthouse is a multi-agency service supporting children, young people and non-abusing parents, carers and family members following abuse. It provides a child-centred approach in which the agencies involved in supporting the child provide coordinated services in a single, child-friendly environment. This includes doctors, nurses, play therapists, police, psychiatrists, and therapy workers as well as specialist child sexual abuse advocates who guide young people through the system. Evidence gathering for any court cases is conducted in a way to reduce traumatisation and children have rapid access to therapeutic support.

We believe that every child should have access to the support they need after facing sexual abuse. Being a partner in The Lighthouse has shown us the difference that a Child House can make for young people, and the NSPCC is advocating for the benefits of this model and pressing for new sites to be funded and established across the UK. Government and commissioners have an opportunity to transform child sexual abuse support in the UK to  ensure that young victims  and their families can get the help they need to rebuild their lives.

[2] For more details of what sexual abuse involves, how to spot the signs and get help to report it see the NSPCC’s website: https://www.nspcc.org.uk/what-is-child-abuse/types-of-abuse/child-sexual-abuse/