According to the State of Health Visiting survey 2016, 85% of health visitors (HVs) of the 1224 surveyed say their workload has increased over the past two years – with 40% of the increase in workload due to a reduction in the number of health visitors, this is despite the huge investment which went into the service between 2012-15.  16% of HVs reported they now have caseloads of between 500 and 1000 children – the optimum average caseload for safe and effective practice is 250.  Most worryingly, this is at a time when 80% of the respondents also report seeing an increase in domestic violence and abuse and perinatal depression in the families they visit.

Official figures show that at least 988 full time posts (NHS Digital, 2016) have been lost between Sept 2015 and August 2016, with 56% of local authorities planning further cuts next year (Evidence to Health Select Committee, 2016).

“Our annual survey of the state of health visiting shows a radical downgrading of this public health asset, which serves the most formative period of children’s lives.  Health visitors should provide a universal service to every family in the country with a child under the age of five. This survey hence exposes the risks to all children and families from a decommissioning of health visitor posts, which it seems is just about to accelerate. The impact will not only be felt by children and families, there will be a knock-on effect on the NHS and other local authority services such as safeguarding services.  We can expect increased use of secondary health and local authority children’s services in the short, medium and longer term as many health and social concerns won’t be identified early enough. The cuts will also increase health inequalities as needy families will be missed until their problems are obvious.”

Evidence from surveys of parents (Early Intervention Foundation, 2015; Scottish Government, 2015) indicate that health visitors are the most frequently used and trusted source of advice on child health and parenting issues.

“Uncertainty about the future commissioning of health visiting services due to its transfer from the NHS to local authorities, at a time when those services are being cut back, leaves the profession very vulnerable, as are other public health services including school nursing which is so important for supporting the health of the school age population.”

“We call on the government to reverse their cuts to public health budgets before further damage is done to children’s futures.  Our health visiting service has been the envy of the world but its very viability in England is now under threat, unlike in Scotland, Wales and Northern Ireland where it is being strengthened. Research evidence demonstrates that investment early in life reduces the fiscal spend later (Marmot, 2010) and reduces health inequalities, one of the Prime Minister’s ambitions.  Health visitors are advanced-level public health community specialists, once posts have been lost it will take many years to rebuild the profession.”

About the Institute of Health Visiting (iHV) 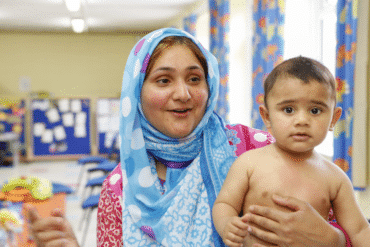 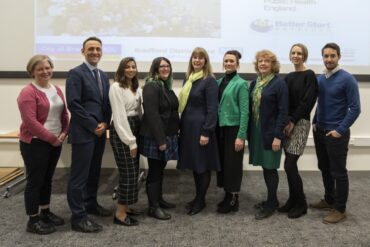