The UK government’s definition of domestic violence and abuse (DVA) is “any incident of threatening behaviour, violence or abuse (psychological, emotional, sexual and financial) between ages 16 and over, who are or have been intimate partners, or family members, regardless of gender or sexuality. The abuse can encompass, but is not limited to psychological, physical, sexual, financial, emotional”.

The definition includes forced marriage, sexual violence, female genital mutilation and honour – based violence, when committed within a family or by a current or ex-intimate partner.

Forced Marriage: A forced marriage “is a marriage conducted without the valid consent of both parties, where duress is a factor”.
Female Genital Mutilation: FGM is defined by the World Health Organisation (WHO) as a range of procedures which involve “the partial or complete removal of the external genitalia or other injury to the female genital organs whether for cultural or any other non-therapeutic reason”.
Honour – Based Violence (HBV): So called-honour based violence is a crime or incident, which has or may have been committed to protect or defend the honour of the family and /or community.

Domestic Violence is not an isolated incident, but a pattern of coercive and controlling behaviour. Women are more likely than men to be the victim of different types of abuse (partner abuse, family abuse, sexual assault and stalking) and, in particular, sexual violence.

DVA is causing significant and prevalent harm, accounting for about 25% of violent incidents reported to the police (1in 4 of all violent incidents reported to the police are DVA incidents. DVA can happen to anyone, regardless of gender race, ethnicity, sexual orientation, income or other factors. Holding the abuser responsible for DVA is the path that leads to safety for children and their abused mothers.  Responsibility and blame should not be placed on the adult victim in the home. The victim should not be blamed with “failure to protect” their children from the abuser.

Why is Domestic Violence important to Health Visitors?

Domestic violence is identified as a cause of concern and significant harm in children.
Identification of risk and early intervention/work with families can significantly reduce risk of escalation and is important for breaking the cycle of abuse (Pritchard 2005).
The link between child abuse and domestic violence is high, with estimates varying from 30% to 66% depending upon the study.
Health visitors have a unique and precious universal access to families. They are the vital trusted eyes and ears of the multi-agency partnership.

There are no reliable national data on the general incidence of DVA in the UK.

95% of those going to MARAC are women.

Women aged 18-34 are at greatest risk of becoming victims of DVA.

Each child experiences DV in a unique way depending on a variety of factors that include direct abuse of the child, gender and age, the time since exposure to DVA and their relationship with the adults in the home.

It is estimated that DVA costs the public £23billion per annum in law enforcement, legal work, medical treatment and lost productivity.

The Home office estimates that each DV murder costs the country over £1 million.

DV is a leading cause of homelessness.

•Domestic abuse is the most frequently reported violent crime.

What are the effects of DVA on children?

•At least 1 in 3 women and 1 in 6 men have experienced domestic violence at some point in their lives (figures are for England and Wales only).

•Pregnancy and early parenthood is a particularly vulnerable time.

•There is strong correlation between postnatal depression and domestic violence.

•1 in 4 of those aged 28-24 reported experiencing domestic violence during their childhood (figures are for the UK).

•Partner abuse is the most common form of domestic violence.

•At least 1 in 4 women and 1 in 7 men have experienced abuse from a partner at some point from age 16.

•Alcohol or drug misuse is a risk factor. Partner assaults are 4 to 8 times higher among people seeking treatment for substance dependency.

What is the effect of DVA on health?

DVA has a major impact upon the health and welfare of women and children.

44% of abused women are assaulted in pregnancy.

Women who have experienced DVA from a known man are:

WHO: Responding to intimate partner violence and sexual violence against women 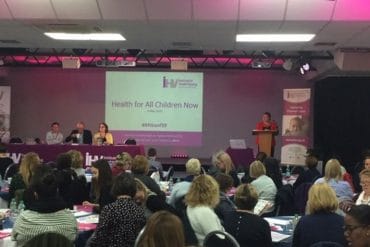 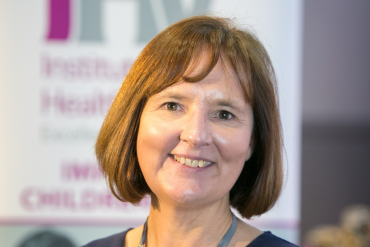